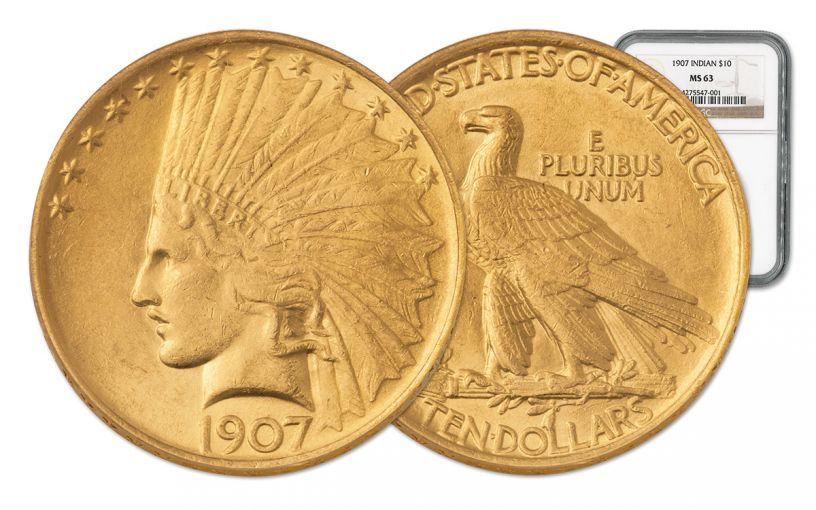 Availability: Out of Stock
This item is currently Out of Stock. Please sign up to be notified if this product becomes available.
Item #
293104
Add to Wish List Add to Wish List Wishlist is for registered customers. Please login or create an account to continue. Add to Compare

When the United States went off the gold standard in 1934, it resulted in millions of coins being melted down and turned into gold bars. Only an estimated 10% of vintage U.S. gold coins survived. That's what makes this such an incredible find!

We have here, ready for your collection, wonderful examples of the very last $10 gold coin the U.S. put into circulation before the recall -- the $10 Gold Indian. But these aren't just any Gold Indians -- these were struck more than 110 years ago as part of the very first mintage in 1907! If you notice something missing from these coins, you're not wrong. This 1907 Gold Indian is one of only two years in the series to be struck without the famous "In God We Trust" motto!

Graded as impressive Mint State-63 (MS63) by Numismatic Guaranty Corporation (NGC), these first-year Gold Indians have seen more U.S. history than most citizens ever will. Get yours now!