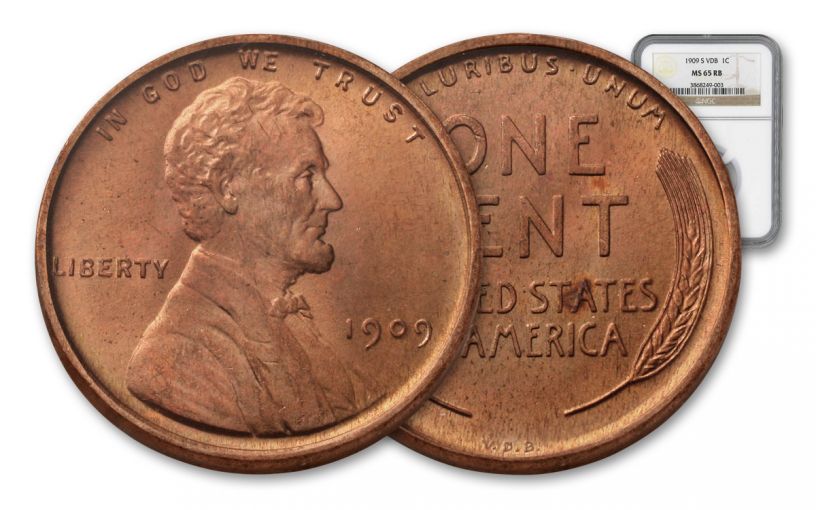 Availability: Out of Stock
This item is currently Out of Stock. Please sign up to be notified if this product becomes available.
Item #
342928
Add to Wish List Add to Wish List Wishlist is for registered customers. Please login or create an account to continue. Add to Compare

The Lincoln Cent is the longest-running coin design in the history of the United States. Although it has undergone several changes, mostly on the reverse, the familiar bust of President Abraham Lincoln has appeared on the U.S. cent for more than 100 years. Each of the original 1909 cents available in this offer is struck in 95% copper and features the “VDB” initials coveted by collectors.

Famed sculptor Victor David Brenner was commissioned to design a new one-cent coin in 1909 to commemorate the 100th anniversary of the birth of the 16th President. Brenner's original design had his full surname included on the coin as was commonplace in Europe, but as a compromise, only his initials “VDB” appeared on the final design. These were placed beneath the wheat ears on the reverse. While the inclusion of the designer’s initials wouldn’t cause much of a fuss today, it sure got people hot under the collar when the first pennies rolled of the presses in 1909. Public outcry was so strong that it prompted Mint officials to remove the initials within days of the release. The initials were restored in 1918 but were much smaller and appeared just below Lincoln’s shoulder on the obverse. As a result, these first-variety coins are scarcer today, creating the ultimate collectible of this long-running series.

You can secure this historic coin certified by the Numismatic Guaranty Corporation (NGC) as being in Mint State-65 Red Brown (MS65 RB) condition. Today’s collectors are in love in with real copper coins and are drawn to these vintage coins for their reddish-brown coloring caused by the pure copper. A Red Brown copper coin is a coin that contains from 5% to 95% Red surfaces. The combination of their coloring and fabulous condition means that these coins won’t last long! Click one to your cart today!

Don’t miss your chance to get the “scandalous” first-ever 1909-P VDB Lincoln Cent in this high grade. It’s a scarce and historic collectible that you will treasure for years to come!