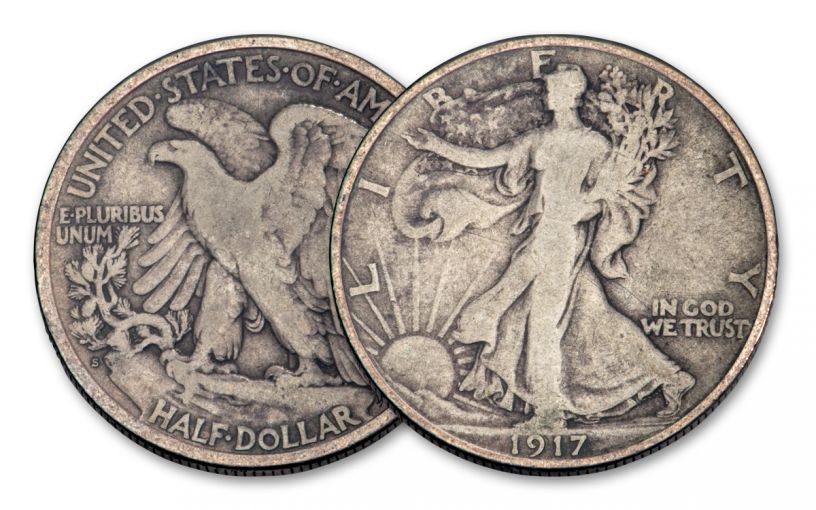 Availability: Out of Stock
This item is currently Out of Stock. Please sign up to be notified if this product becomes available.
Item #
347774
Add to Wish List Add to Wish List Wishlist is for registered customers. Please login or create an account to continue. Add to Compare

The Walking Liberty Half Dollar—known to many collectors as “Walkers” – is surely one of the most beautiful coins ever struck by the U.S. Mint. The Walking Liberty obverse is so iconic and beloved that it was resurrected in 1986 as the obverse for today’s Silver Eagles! But what we have here are not just any Walkers, but the incredible second-year-of-issue 1917 coins struck at the U.S. branch mint in San Francisco. Far more affordable than the series’ first-year issue, this coin is where many collectors begin.

This 1917 Walking Liberty Half Dollar struck at the San Francisco Mint is a staple of American history. Click this key-date coin to your cart today!