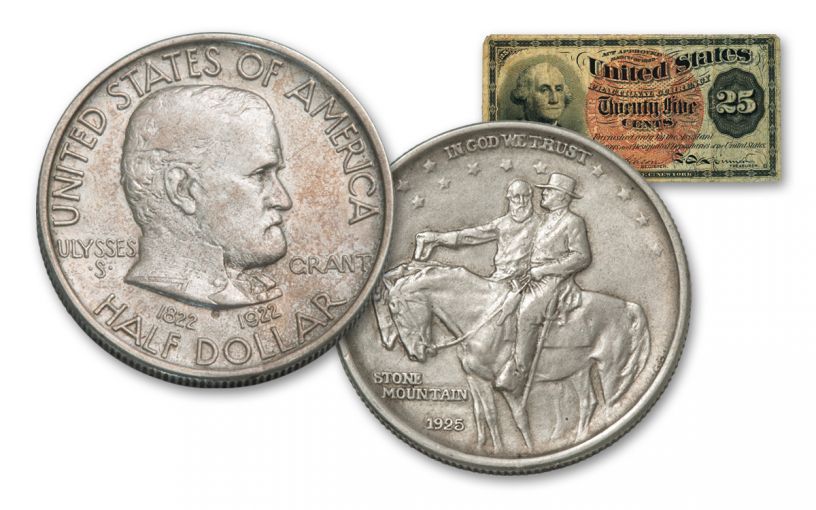 Availability: Out of Stock
This item is currently Out of Stock. Please sign up to be notified if this product becomes available.
Item #
361157
Add to Wish List Add to Wish List Wishlist is for registered customers. Please login or create an account to continue. Add to Compare

Many cadets have marched through the halls of the prestigious United States Military Academy at West Point, New York, but only a few have ever been featured on U.S. coinage. These include three prominent Civil War generals: Robert E. Lee (Class of 1829), Ulysses S. Grant (Class of 1843) and Thomas “Stonewall” Jackson (Class of 1846).

With this three-piece set, you’ll receive portraits of all three of these generals on a pair of coins that pay to their courage and the sacrifices they and their troops made when Brother Fought Brother.

This is a fantastic set for any fan of American History and the Civil War. Keep the memory of all those Billy Yanks and Johnny Rebs alive with this vibrant set.