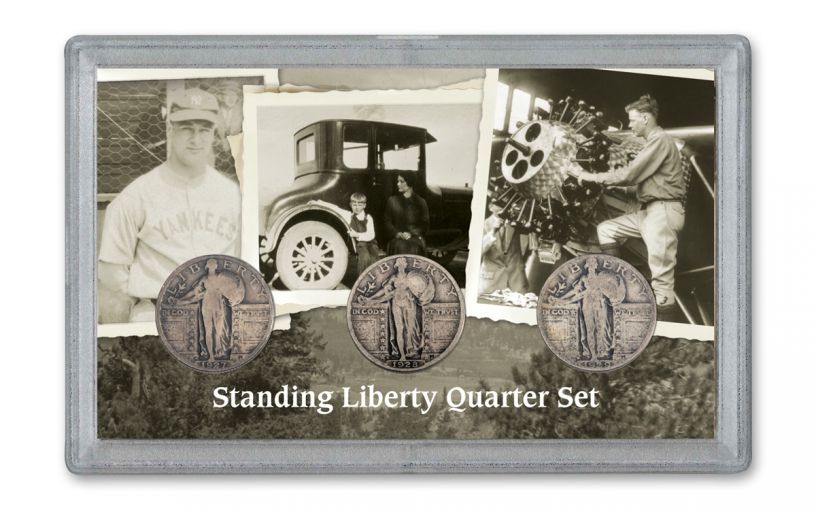 Availability: Available for Order
This item will ship 10/29/20
Item #
345288
Add to Wish List Add to Wish List Wishlist is for registered customers. Please login or create an account to continue. Add to Compare

While these 1927-1929 Standing Liberty Silver Quarters represent the last three years struck at the Denver Mint, the series itself came to an end a year later. After striking no quarters at all in 1931 due to the Great Depression, the U.S. Mint struck a new 25-cent piece in 1932 with the introduction of the Washington Quarter. Intended as a one-year-only release to honor President George Washington’s 200th birthday, the commemorative proved so popular that it replaced the Standing Liberty Quarter and is still struck to this day.

All three of your Standing Liberty Quarters were struck in 90% fine silver and feature the iconic design of Miss Liberty, shield in hand, holding an olive branch as designed by sculptor Herman Atkins MacNeil. Each has also been graded in nice Very Good (VG) condition and will come housed in a custom-designed insert. Hurry and order now!