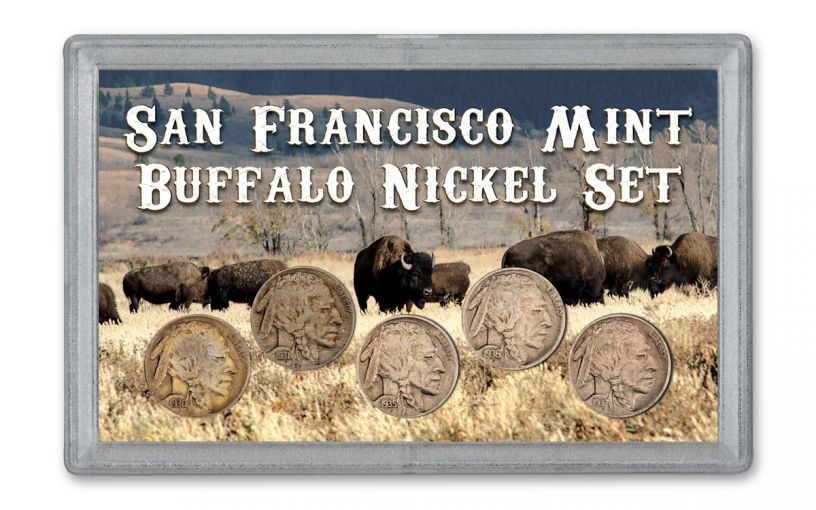 Availability: In Stock
This item will ship within 2 business days.
Item #
344416
Add to Wish List Add to Wish List Wishlist is for registered customers. Please login or create an account to continue. Add to Compare

The famous Buffalo Nickel was struck from 1913 through 1938. It instantly became an iconic symbol of America’s pioneer spirit, with its massive buffalo design taking up nearly the entire reverse of the coin. This set brings together the last five dates struck with the “S” mint mark of the San Francisco Mint – the U.S. Mint branch that struck fewer Buffalo Nickels than any other! All told, only 10% of all Buffalo Nickels were struck in San Francisco, making these timeless classics an exciting addition to any Buffalo Nickel or American coin collection. Try to put this set together elsewhere and you could pay as much as $102.50. But order now and you’ll not only have the work done for you, but you’ll also save over $50!

Getting these scarce pieces of American history individually can cost time and money but GovMint has done the gathering for you! Not only that, but this set costs less than the individual coins themselves! The chance to own part of an era that tested and shaped the definition of the American spirit has never been easier. Go to GovMint.com now to claim the last five coins of a legendary set!