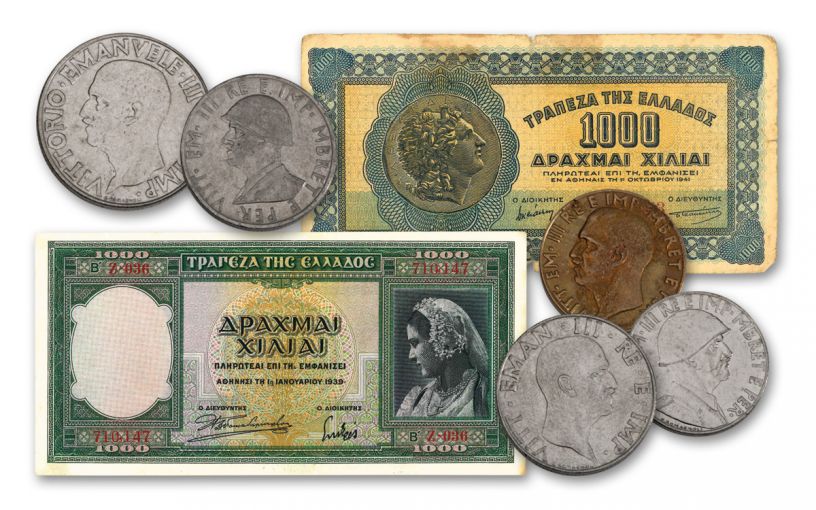 Availability: Available for Order
This item will ship 01/27/20
Item #
334935
Review this product
Add to Wish List Add to Wish List Wishlist is for registered customers. Please login or create an account to continue. Add to Compare
Product Description

The Currency of a Tyrant

Benito Mussolini is one of the most reviled men of the 20th century. He reigned as Prime Minister of Italy from 1922 through 1943, and allied himself with Adolf Hitler during World War II. The “Pact of Steel” between these two men led to Italy invading Somalia, Greece and Albania, and resulted in the deaths of more than 450,000 Italian soldiers. This five-piece set assembles lightly circulated currency from Mussolini’s reign, including pieces from Italy, Albania and Greece. Your set will arrive in a protective folder with a storycard to help you show off your new acquisition.