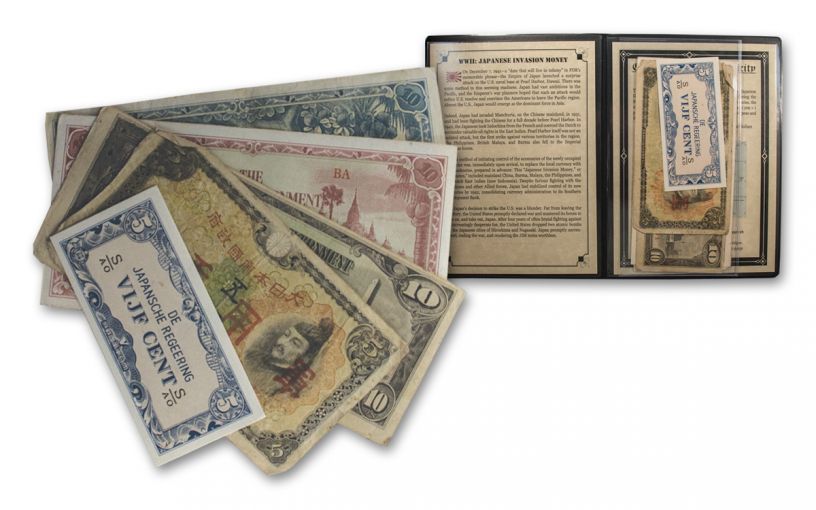 Availability: In Stock
This item will ship within 2 business days.
Item #
333504
Review this product
Add to Wish List Add to Wish List Wishlist is for registered customers. Please login or create an account to continue. Add to Compare
Complete your collection with one of these:
Product Description

Currency From the Japanese Invasion

When Japan launched its surprise attack on Pearl Harbor on December 7, 1941, it was America’s bloody baptism into the conflict of World War II. But, while it was America’s first taste of Imperial Japan’s vision of a Pacific empire, it was not the region’s first experience with Japanese expansion. Throughout the 1930s Japan had been conducting a systematic and terrifying program of conquering its neighbors throughout Asia.

As the Japanese Empire spread throughout Southeast Asia in the late 1930s and early 1940s, it flooded each nation or colony it invaded with new circulating currency to help cement control. This 5-piece collection includes notes from China, Malaya, Myanmar, the Netherlands Indies and the Philippines. The collection comes in a presentation folder with an informational story card to help you fully appreciate each piece’s history. Many of these notes were destroyed after the war making them scarce and hard to find today. Now’s your chance to secure your set – add one to your cart today!