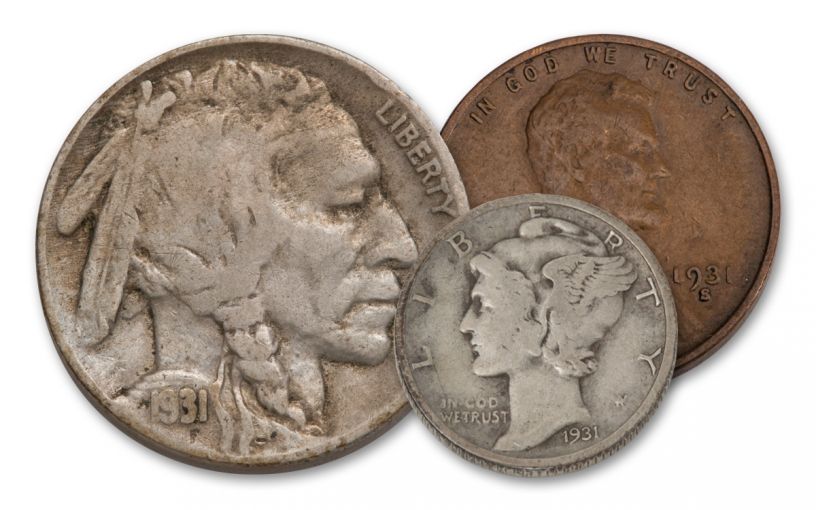 Availability: In Stock
This item will ship within 2 business days.
Item #
344415
Add to Wish List Add to Wish List Wishlist is for registered customers. Please login or create an account to continue. Add to Compare

The Wheat-Back Cent, the Buffalo Nickel and the Mercury Dime. You won’t find any of these coins in your modern pocket change, and you’re also not likely to find them with the coveted 1931 date and “S” mint mark of the San Francisco Mint – at least, not without a little help! These low-mintage coins are coveted by collectors – and it’s easy to see why: The cent and nickel are the second-lowest mintages of their respective series, and the dime is the sixth-lowest. They’re also the last cent, nickel and dime struck at the San Francisco Mint for several years.

Don’t waste time seeking out these Great Depression-era coins – we’ve already done the legwork for you! Each coin comes in Fine condition, housed together in a custom display card.

One of the casualties of the Great Depression was the nation’s coins. Now you can secure this key-date set of coins struck at the San Francisco Mint from one of the most calamitous eras in American history!