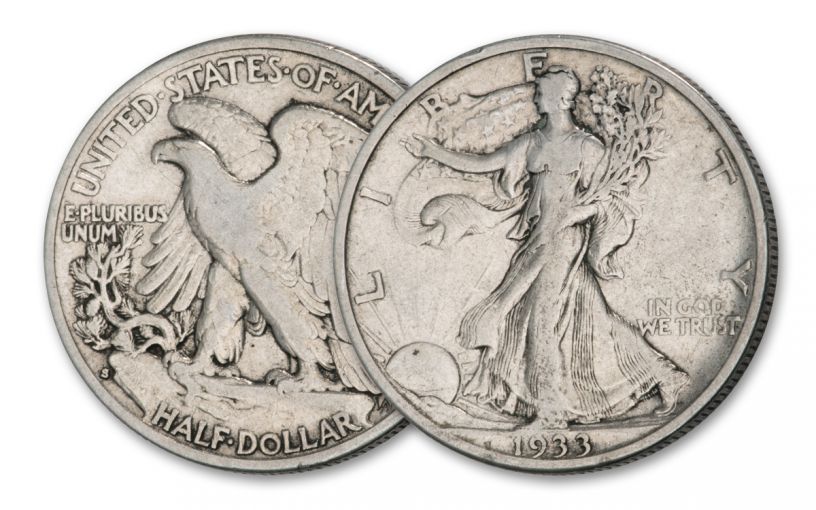 Availability: In Stock
This item will ship within 2 business days.
Item #
337189
Add to Wish List Add to Wish List Wishlist is for registered customers. Please login or create an account to continue. Add to Compare

The Only Half Dollar Struck During the Depression

Halloween was just two days away on Thursday, October 29, 1929 when the news started leaking out that something big was happening on Wall Street. By the end of the day, the most devastating stock market crash in United States history had occurred and plunged the nation into a Great Depression that would last for more than a decade. It’s no wonder that day will be forever known as Black Thursday.

Millions of people in American and around the world were affected by the Stock Market Crash. And, as many collectors know, coins suffered as well. Mirroring the tanking economy, demand for America’s coins fell off a cliff as folks hoarded their coins. Recently-struck coins piled up in vaults and gathered dust as demand for new coins rapidly disappeared. The Government’s solution to the “coin problem” was simple: stop striking coins!

The first – and only – circulating silver coins released by the U.S. Mint in 1933 were these Walking Liberty Half-Dollars struck at the San Francisco Mint. In fact, just one other circulating coin was produced that year – the Lincoln Penny. Demand was so low for this coin that just 1.786 million were struck. Compare that to the following year, when The Mint struck nearly 13 million half dollars!

As the only half dollar struck during the Great Depression, and the only silver circulating coin struck in 1933, this 1933-S Walking Liberty Half-Dollar holds a special place in U.S. history. Your coin will come in beautiful Fine (F) condition. Add its story to your collection today!

Don’t miss your chance to take advantage of this new deal on a Depression-Era Walking Liberty Half-Dollar struck in 1933 at the San Francisco Mint. Click it to your cart today!