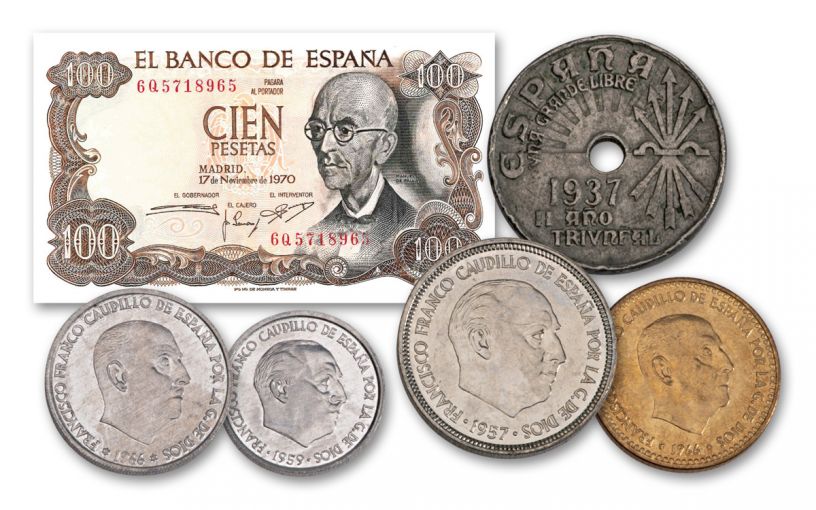 Availability: Out of Stock
This item is currently Out of Stock. Please sign up to be notified if this product becomes available.
Item #
334937
Add to Wish List Add to Wish List Wishlist is for registered customers. Please login or create an account to continue. Add to Compare
Product Description

Francisco Franco rose through the Spanish military to become a general during the early 1900s. Then, in the late 1930s, Franco and his nationalists seized power setting off 40 years of Spanish oppression. These five coins and one note circulated during these turbulent times, starting with a 25 centimos coin that was issued by the nationalists during the Spanish Civil War – a precursor to World War II. All are authentic pieces of Spanish history, and all come together in an informative presentation folder. A must-have for any world history buff!

With apologies to Saturday Night Live, Generalissimo Francisco Franco is STILL dead – but the coins and currency from his regime live on in this Francisco Franco Spanish Currency Six-Piece Set. Secure yours now!