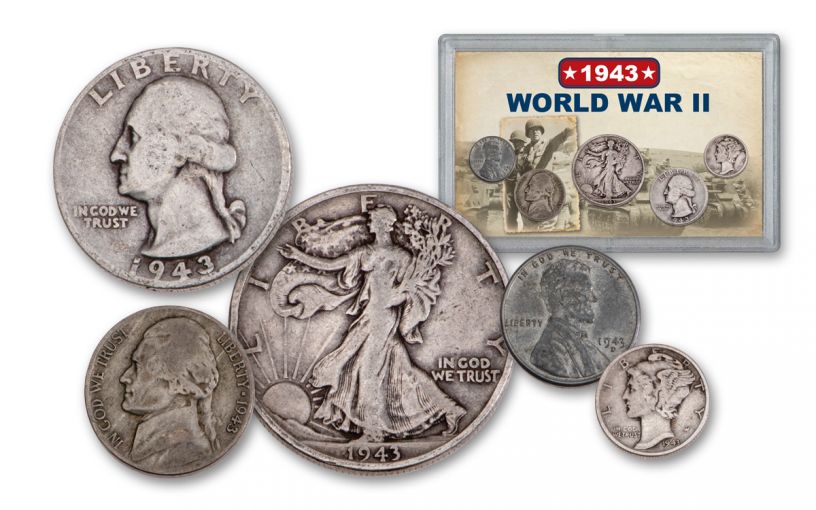 Availability: In Stock
This item will ship within 2 business days.
Item #
339649
Review this product
Add to Wish List Add to Wish List Wishlist is for registered customers. Please login or create an account to continue. Add to Compare
Product Description

This five-piece set of coins was struck during a time when America and her allies began turning the tide of battle during World War II. While America’s “Island Hopping” campaign in the Pacific began paying dividends, the Allies, fresh off victory in North Africa, captured Sicily and landed troops in Italy. This set’s coins represent this momentous year.

While our nation was at war, these were the coins that circulated in commerce, being traded for war bonds as well as everyday staples. In this set you’ll receive a Lincoln Wheat-Back Cent, Jefferson Nickel, Mercury Dime, Washington Quarter and Walking Liberty Half Dollar. The nickel, dime, quarter and half dollar come struck in 90% silver. This set also features the Steel Cent, struck due to our nation’s copper being required for the war effort. Each set comes in Very Good (VG) condition.