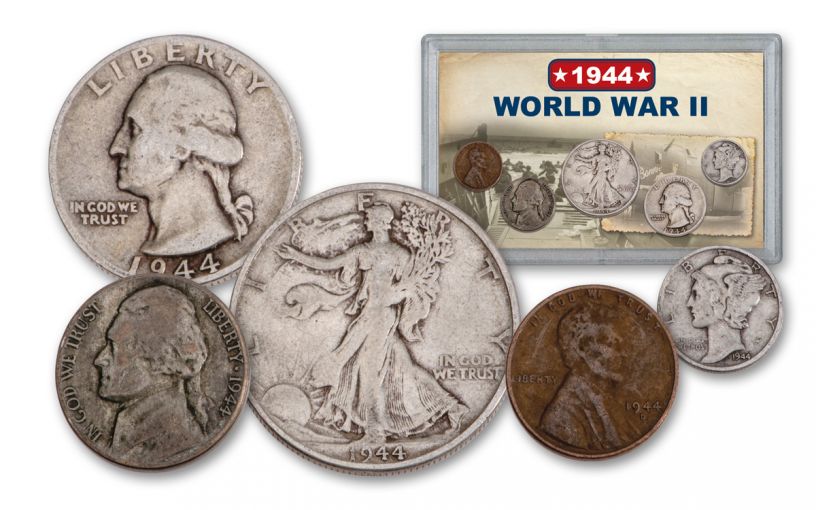 Availability: In Stock
This item will ship within 2 business days.
Item #
339650
Add to Wish List Add to Wish List Wishlist is for registered customers. Please login or create an account to continue. Add to Compare

This five-piece set of coins was struck the same year the largest amphibious operation in military history was pulled off by America and her Allies. It was June 6, 1944 – D-Day for Operation Overlord. General Dwight Eisenhower’s forces established a beach head in Normandy from which the Allies broke out and started their advance on Nazi Germany. This set takes you back to Ike’s successful gamble and the beginning of the end for Adolf Hitler and Nazi Germany.