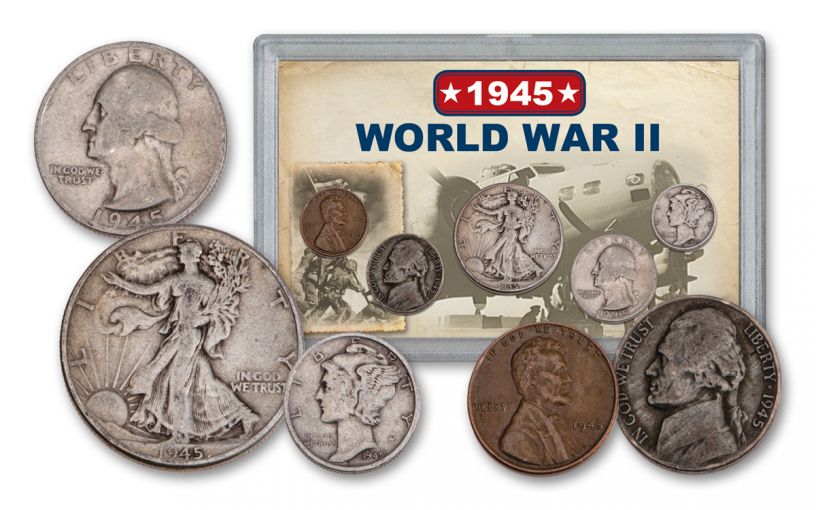 Availability: In Stock
This item will ship within 2 business days.
Item #
339651
Review this product
Add to Wish List Add to Wish List Wishlist is for registered customers. Please login or create an account to continue. Add to Compare
Product Description

This five-piece set of coins was struck during the final year of World War II. When Germany was finally defeated in May of that year, America turned its attention to Japan. Iwo Jima, the Philippines, Okinawa and the Atomic bombs on Hiroshima and Nagasaki brought the war to an end at long last. Finally, after millions of deaths and catastrophic destruction on a global scale, the war was over. This set captures the year victory was finally achieved.