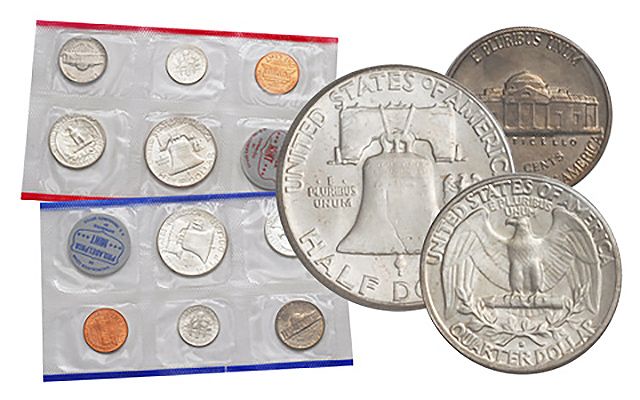 Availability: Available for Order
This item will ship 08/23/21
Item #
182884
Add to Wish List Add to Wish List Wishlist is for registered customers. Please login or create an account to continue. Add to Compare

Demand for Mint Sets dropped in 1961, reflecting the American public's fickle desire for Uncirculated coins, and their preference for shiny Proof coins. This was very apparent in 1961, when the Mint sold over ten times as many Proof Sets as it did Mint Sets.

About the sets: The coins in the 1961 Mint Sets were Uncirculated pieces pulled from regular production runs, thus the quality of the individual coins varies wildly from set to set, and even within a set.

The 1961 Mint Set contained ten coins, including the following:

The "Bay of Pigs" invasion of Cuba failed. The Berlin Wall was built to seal off East and West Germany. Soviet cosmonaut Yuri Gagarin became the first man in space.