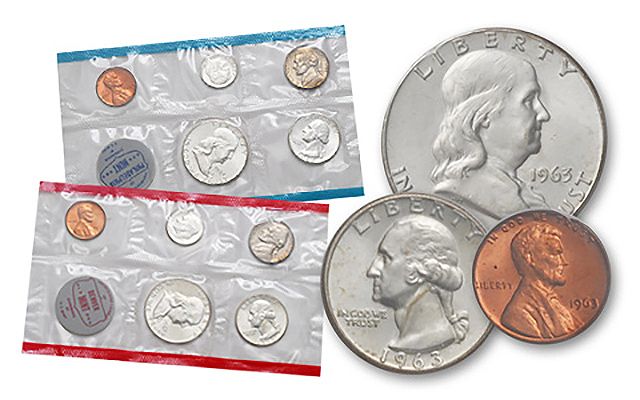 Availability: In Stock
This item will ship within 2 business days.
Item #
182886
Add to Wish List Add to Wish List Wishlist is for registered customers. Please login or create an account to continue. Add to Compare

Sales of Mint Sets rose more than 50 percent in 1963 to a new record of over 600,000 sets. The presence of the last of the Franklin Half Dollars continues to entice collectors.

About the sets: The coins in the 1963 Mint Sets were Uncirculated pieces pulled from regular production runs, thus the quality of the individual coins varies wildly from set to set and even within a set.

The 1963 Mint Set contained ten coins, including the following: