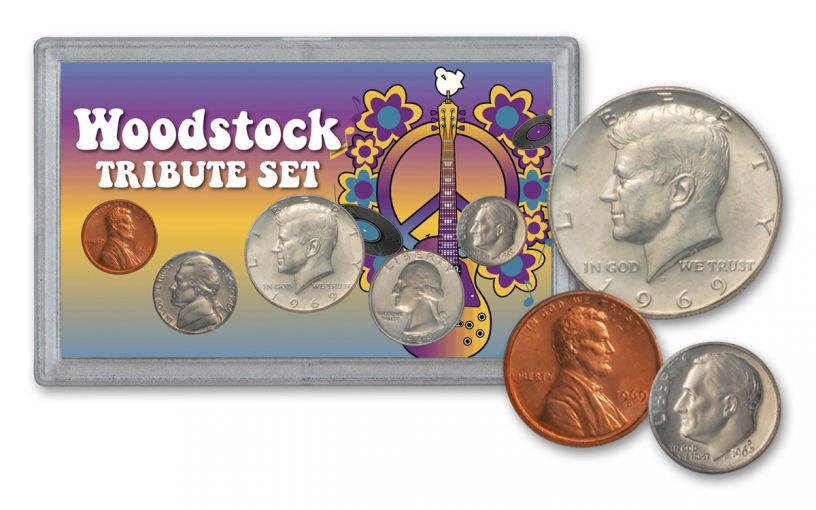 Availability: In Stock
This item will ship within 2 business days.
Item #
345064
Add to Wish List Add to Wish List Wishlist is for registered customers. Please login or create an account to continue. Add to Compare

Peace, love and rock music came together in perfect symmetry during the summer of 1969. Of all places, it happened on a 600-acre dairy farm in the Catskill Mountains. Known today simply as “Woodstock,” the massive music festival attracted more than 400,000 people from August 15-18 and become a cultural touchstone that defined a generation.

As the young people flooded into farmland near White Lake, New York to hear their favorite artists, these were the freshly struck coins rattling in their pockets! This Woodstock 50th Anniversary Tribute Set contains all five 1969 U.S. circulating coins: the Lincoln Cent, Jefferson Nickel, Roosevelt Dime, Washington Quarter and Kennedy Half Dollar. Each comes in Choice Uncirculated condition, housed together in a clear holder with a custom-designed insert card. Order this groovy set today!