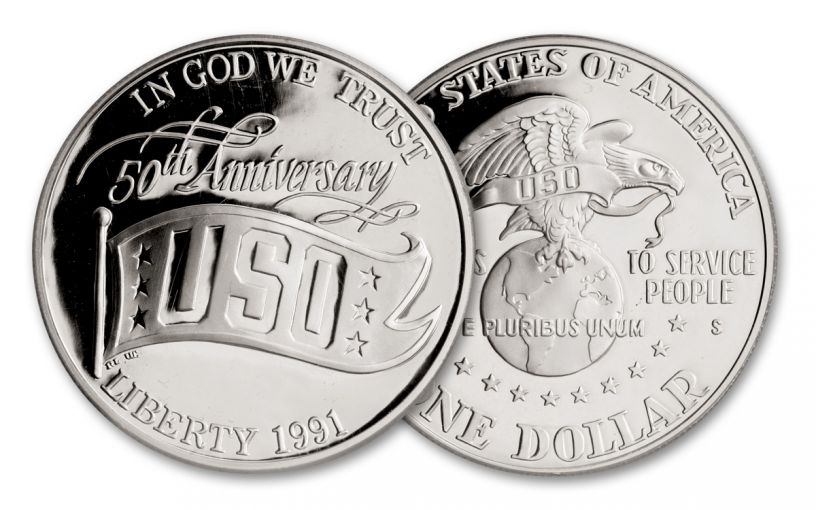 Availability: Out of Stock
This item is currently Out of Stock. Please sign up to be notified if this product becomes available.
Item #
242410
Add to Wish List Add to Wish List Wishlist is for registered customers. Please login or create an account to continue. Add to Compare

Honoring the Organization that Keeps GIs Connected to Home

Founded in 1941 at the request of President Franklin Roosevelt, the United Service Organizations (USO) has been a bright spot for military personnel for nearly 80 years. A non-profit organization that provides entertainment to U.S. Armed Forces and their families, the USO has boosted the morale of millions of servicemen and women with appearances by comedians, singers and Hollywood stars all over the world – often in active combat zones! Among the famous personalities who have performed in USO tours are Irving Berlin, Marilyn Monroe, Gary Sinise, Carrie Underwood, and of course, Mister USO himself, Bob Hope, who was made an honorary veteran of the U.S. Armed Forces for his tireless dedication to the USO and its mission.

In 1991, to honor the 50th anniversary of the beloved service organization, the U.S. Mint released this commemorative silver dollar. Struck in 90% silver, the legal-tender coin is brimming with symbolism. Rhode Island artist Robert Lamb’s obverse design shows a USO pennant and the words 50th Anniversary. The coin’s reverse was designed by John Mercanti and shows an Eagle on top of a globe with a ribbon in its beak containing the incused letters USO.

Pay tribute to the good works performed by the USO with the 1991-S $1 USO 50th Anniversary Silver Commemorative Proof. Click one to your cart today!