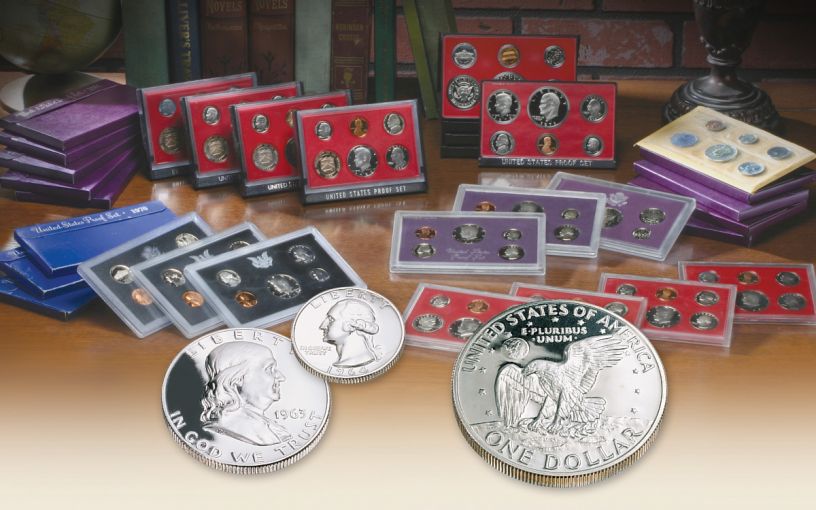 Availability: Available for Order
This item will ship 01/31/20
Item #
243835
Review this product
CC Payments as low as
$448.75 / month
Add to Wish List Add to Wish List Wishlist is for registered customers. Please login or create an account to continue. Add to Compare
Complete your collection with one of these:
Product Description

Later in the 19th century, the mint struck proof coins to order. And starting in 1936, they began selling complete Proof Sets. Since then, the historic U.S. Silver Proof Set series has grown to become one of our most popular issues each year. We’re pleased to be able to offer 19 years of Proof Sets between 1992 and 2010 – even the scarce 1999 set, the first to include all five Silver State Quarter proofs. Each set includes the Lincoln Cent, Jefferson Nickel, Silver Roosevelt Dime, Silver Washington Quarter, Silver Kennedy Half Dollar and Native American Golden Dollar from the year they were issued. The 2007 through 2010 sets include the four Presidential Dollars issued those years.

These sets are also key because they marked a change for the Mint’s Proof sets. Beginning in 1992, the Mint began producing proof sets with the cupronickel denomination replaced by coins struck in 90% fine silver. In addition, since 1999, all of the quarters released in any one year of a series since 1999 are also struck in silver!

Every set comes in its original U.S. Mint packaging. If you already have a few of these sets, here’s your chance to complete your collection or get a jump start on a more complete collection by ordering the 19 years of Proof Sets from 1992 through 2010. U.S. Mint Silver Proof Sets make great gifts for birthdays, graduations and other special occasions.