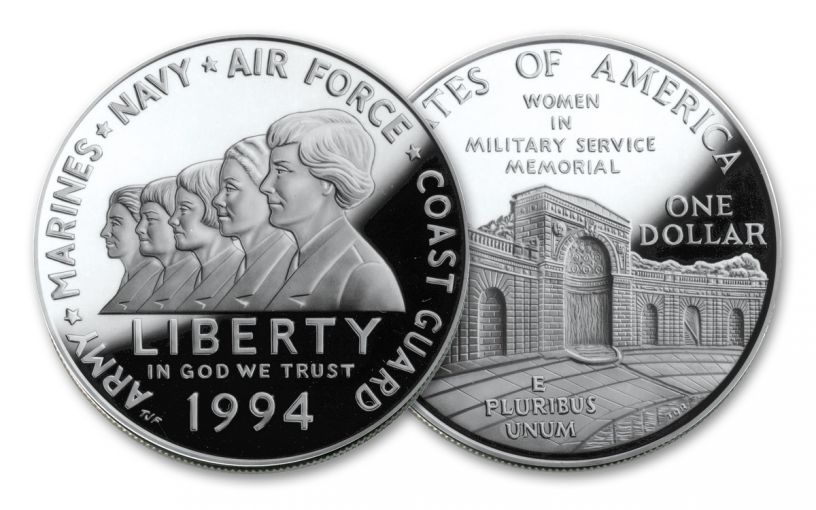 Availability: Out of Stock
This item is currently Out of Stock. Please sign up to be notified if this product becomes available.
Item #
341870
Add to Wish List Add to Wish List Wishlist is for registered customers. Please login or create an account to continue. Add to Compare
Product Description

Honoring the Women Who Served in the America’s Armed Forces

For generations, the pages of our nation’s history books have been filled with inspiring stories of servicemen fighting for our country. But it hasn’t been just men whose devoted patriotism and bravery helped defend and guarantee our liberties – some of the most unsung heroes of our nation’s conflicts are women, who for many years have gone unrecognized for their contributions. In the 1980s an effort was launched by women veterans to build a memorial for servicewomen. Supported by both the American Legion and the Veterans of Foreign Wars, a bill to create the memorial was finally passed in 1986 and construction finally began in 1995.

In 1994, the U.S. Mint recognized America’s servicewomen with the release of this commemorative silver dollar, the sales of which helped fund the Women in Military Service for America Memorial at Arlington National Cemetery in Virginia. Struck in 90% silver, the legal-tender coin is a majestic tribute to America’s women veterans. T. James Ferrell’s obverse design shows the profile of servicewomen representing the five branches of the United States military – Army, Navy, Air Force, Marines and Coast Guard. The coin’s reverse was designed by Thomas Rogers, Sr., and shows the approved design for the Women in Military Service for America Memorial.

Pay tribute to the servicewomen of America’s Armed Forces with the 1994-P $1 Women in the Military Commemorative Proof. Click one to your cart today!