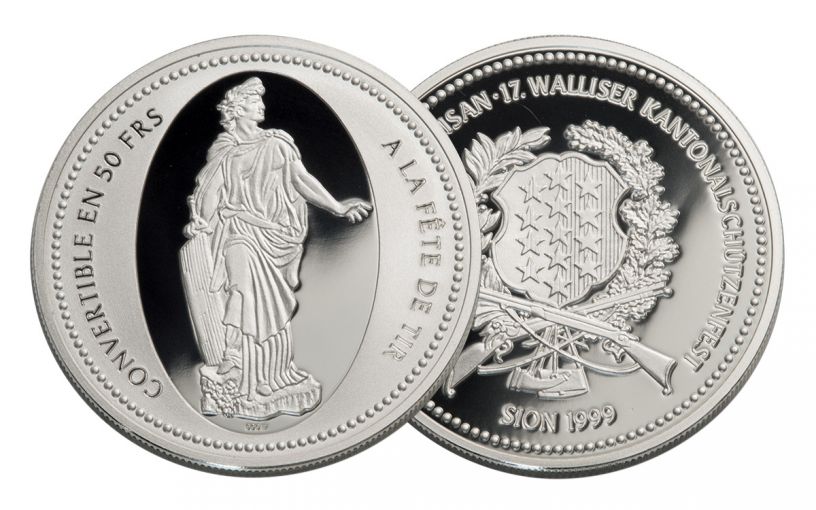 Availability: Out of Stock
This item is currently Out of Stock. Please sign up to be notified if this product becomes available.
Item #
311655
Add to Wish List Add to Wish List Wishlist is for registered customers. Please login or create an account to continue. Add to Compare
Product Description

Switzerland is divided into Swiss cantons, similar to states in the United States. In the 1800s and early 1900s, these cantons held Shooting Festivals as a fundraiser to support orphans and widows of soldiers who had died in battle. Prizes were awarded to sharp shooters and commemorative medals were minted for each festival. Although the purpose for the festival has changed the tradition continues and draws 200,000-300,000 people every year.

The Shooting Thalers are very popular due to their long-running connection with the Swiss Shooting Festivals that are a pillar of Swiss culture and are held throughout the great nation of Switzerland. Because of the popularity of the Shooting Thaler, it is very difficult to acquire these special coins. Don’t miss this special opportunity! Order a 1999 Silver Thaler today to get your hands on a piece of Swiss tradition!