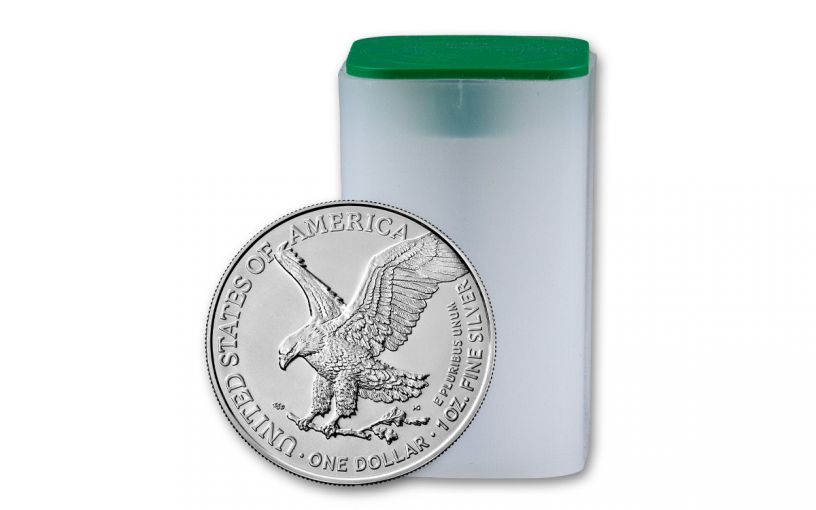 No matter why you love collecting American Silver Eagles or how you’ve come to appreciate them, we have the 2021 Silver Eagles that are right and ready for your collection. Whether you love them for their art or for their precious metal (or both!) we have Brilliant Uncirculated (BU) condition bullion coins sure to delight collectors and silver stackers alike — and now you can add a mountain of silver to your collection with this impressive 20-coin roll of these gleaming beauties. It’s more than a pound of highly pure American silver!