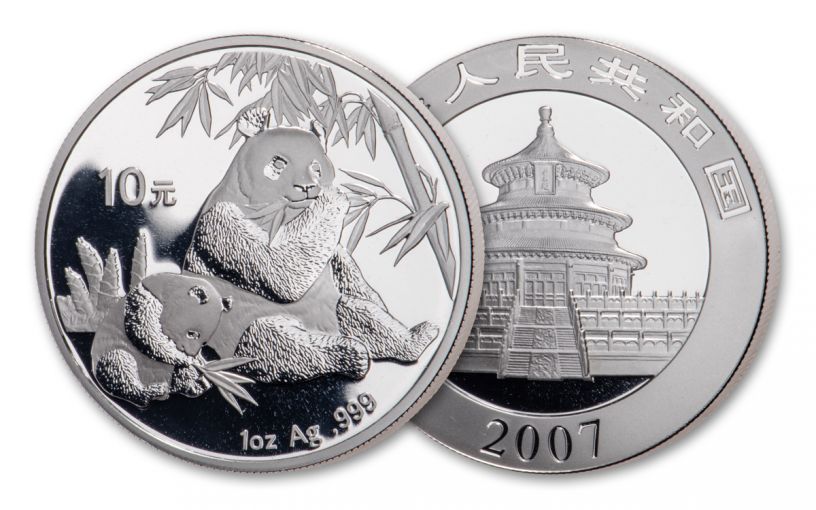 Availability: Out of Stock
This item is currently Out of Stock. Please sign up to be notified if this product becomes available.
Item #
343439
Add to Wish List Add to Wish List Wishlist is for registered customers. Please login or create an account to continue. Add to Compare
Product Description

In this offering you can secure the 2007 One-Ounce Silver Panda. It’s a magnificent coin that will come in gleaming Brilliant Uncirculated (BUI) condition, just as fresh and crisp as the day it left the mint. Don’t wait, add this spectacular Silver Panda to your collection today!

The popularity of these coins virtually ensures that they won’t be around for long. Don’t miss out, order your 2007 China One-Ounce Silver Panda now!