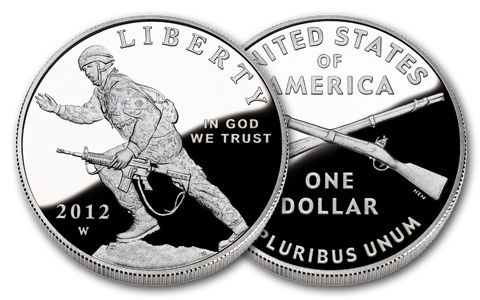 Availability: Out of Stock
This item is currently Out of Stock. Please sign up to be notified if this product becomes available.
Item #
233383
Add to Wish List Add to Wish List Wishlist is for registered customers. Please login or create an account to continue. Add to Compare

Honor the Sacrifices Made by Our Nation’s Infantry

They’re called by many names: Grunts, Ground Pounders, Boots, GIs, Trigger Pullers, Bullet Catchers, Dog Faces – and more. But by whatever name they are referred to, the United States Infantry Soldier is an indispensable part of America’s Armed Forces. Established by the Second Continental Congress on June 14, 1775 when it authorized the creation of ten companies of light infantry, America’s infantry soldiers have borne the brunt of the nation’s combat operations since that day more than 240 years ago. In fact, military statistics show that nearly 75 percent of all our nation’s war casualties have been sustained by the infantry.

To honor the sacrifices made by our nation’s brave foot soldiers and to raise awareness about the National Infantry Museum and Soldier Center, which opened in June of 2009, the U.S. Mint released this commemorative silver dollar in 2012. Surcharges from the sale of these coins raised more than $2 million for the National Infantry Foundation

Struck at the West Point Mint in 90% silver, this legal-tender commemorative coin is an exciting and heroic tribute to America’s combat soldiers. The obverse image designed by Joel Iskowitz depicts an infantryman heading over the top of a rocky hill in a vivid representation of the infantry’s motto: “Follow Me!” The coin’s reverse features the infantry’s emblem – a pair of crossed rifles – as designed by Ronald D. Sanders.

Pay tribute to the heavy sacrifice made by America’s foot soldiers with the 2012-W $1 Infantry Silver Commemorative Proof. Click one to your cart today!