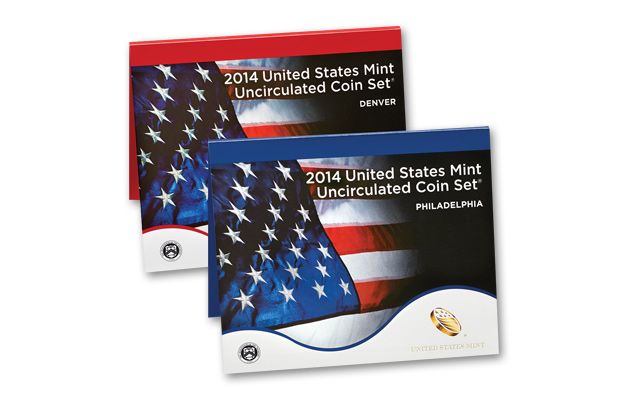 Availability: In Stock
This item will ship within 2 business days.
Item #
256280
Review this product
Add to Wish List Add to Wish List Wishlist is for registered customers. Please login or create an account to continue. Add to Compare
Product Description

About the sets: The coins in the 2014-PD Mint Sets were Uncirculated pieces pulled from regular production runs, thus the quality of the individual coins varies widely from set to set and even within a set.

The 2014-PD Mint Set contained twenty-eight coins, including the following:

About the sets: The 2014-PD Mint Set contains five new issues in the America the Beautiful™ Quarter program, as well as the next four issues within the Presidential Dollars series. The one-year-only 2015 Native American Dollar features the theme "Native Hospitality."

The state of Colorado allows the sale of recreational cannabis from legally licensed businesses. The 2014 North American Polar Vortex breaks the coldest temperature records throughout the entire country. A mudflow near Oso, Washington kills 43 people. The Supreme Court in a unanimous ruling declares that police must obtain a warrant in order to search through a phone or digital device. The new One World Trade Center building in New York City opens.

U.S. sanctions against Russia go into effect, targeting companies and individuals close to Russian President Vladimir Putin. The 2014 West Africa Ebola outbreak, which has killed over 600 people, claims its first American life when health worker Patrick Sawyer dies in a Nigerian hospital. President Barack Obama announces the resumption of normal relations between the US and Cuba.