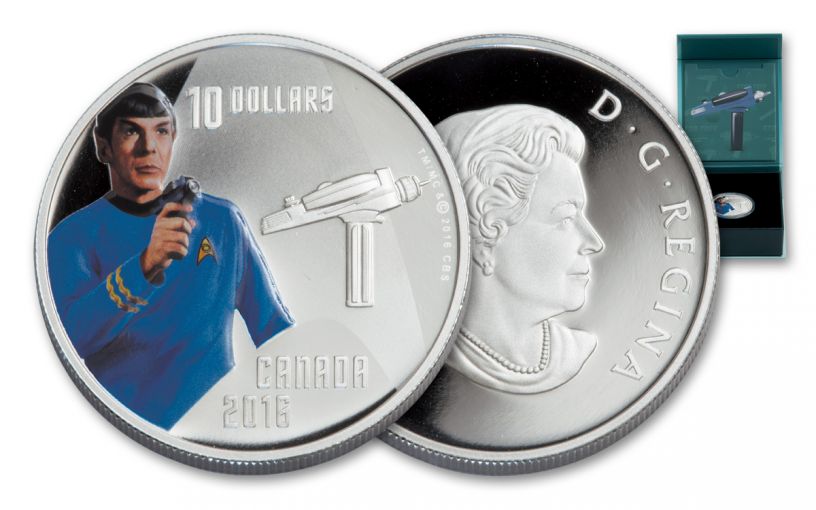 Availability: In Stock
This item will ship within 2 business days.
Item #
303029
Review this product
Add to Wish List Add to Wish List Wishlist is for registered customers. Please login or create an account to continue. Add to Compare
Complete your collection with one of these:
Product Description

A “Fascinating” Addition for Any Trekker’s Collection!

Star Trek debuted on NBC in 1966 and was welcomed to TV with less than stellar ratings. In fact, NBC threatened to cancel the show in its second series but ultimately kept it on the air thanks to a letter writing campaign by some of its most avid fans. In spite of another campaign, the network cancelled the show after its third season. Today, that show is referred to as Star Trek: The Original Series, as it has since been followed by five other TV series, including three sequels and two prequels, as well as a multitude of films and even an animated series. Its fans, which range in age from the very young to the very old, continue to celebrate the cult show by holding conventions at which many Trekkers dress up as their favorite characters.

This coin celebrates Spock, one of the most iconic characters from the series. His famous phrase, “That would be highly illogical,” and his Vulcan salute continue to pop up in popular culture today. On this coin, he is shown in color pointing his phaser pistol, which is shown in finer detail to the right. The coin is perfect for both avid and casual fans of the show, as well as anyone who considers himself ‘logical.’

Even extremely popular shows and movies tend to come and go. While they may get watched for generations, they seldom attract many fans from younger generations, much less those that have the fervor to dress up as the characters. The Star Trek series is different, though, continuing to enthrall fans now more than fifty years after its debut. This 2016 Silver Star Trek Spock gives collectors the chance to share in the celebration of the series’ 50th anniversary. Given the low mintage of just 12,500 pieces, though, waiting to order yours would be highly illogical!