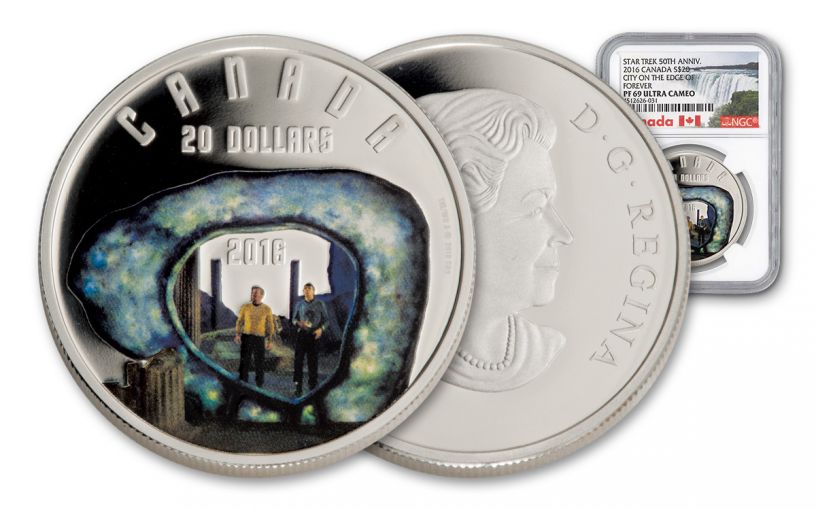 Availability: Out of Stock
This item is currently Out of Stock. Please sign up to be notified if this product becomes available.
Item #
303055
Add to Wish List Add to Wish List Wishlist is for registered customers. Please login or create an account to continue. Add to Compare
Product Description

Celebrating a Fan Favorite in an Iconic Series

After a fledgling start and a cancellation of The Original Series after just three seasons, Star Trek has since emerged from its humble infancy into one of the most popular and fervently followed franchises in the entire entertainment business. Trekkers, as its fans are called, go so far as to dress up like their favorite characters and attend conventions throughout the world.  Since The Original Series, there have been three television sequels and two prequels, an animated series, and thirteen films to continue the rich tradition. Those are complemented by paraphernalia of all sorts, which attract fans of all ages.

While every Star Trek fan has their own favorite moments, almost to a person they will tell you that The City on the Edge of Forever is among their favorite episodes. It explored issues of war and peace through drama, humor, and memorable dialogue. So thought provoking was it that it continues to inspire discussion even today. This coin features a classic scene from the episode in which Captain Kirk and Mr. Spock stand among ruins along with the Guardian of Forever.

The City on the Edge of Forever confronted audiences with ideas about war and peace, and about what might have been had a particular pacifist survived to prevent a World War. Given the tumultuous time when the episode was released, it couldn’t help but make viewers ponder about the Vietnam War. It gives modern viewers things to think about with the ongoing wars today. Given Star Trek’s ardent following, this coin will not be available for long, so order now at GovMint.com!