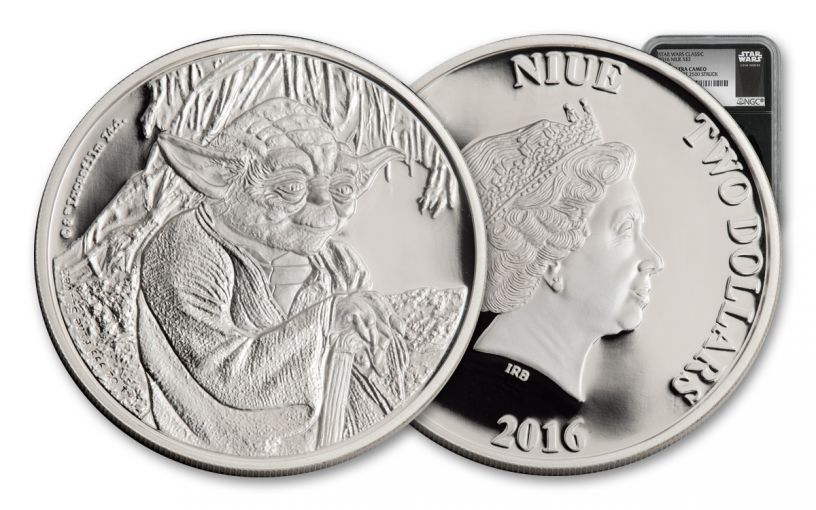 Availability: Out of Stock
This item is currently Out of Stock. Please sign up to be notified if this product becomes available.
Item #
289621
Add to Wish List Add to Wish List Wishlist is for registered customers. Please login or create an account to continue. Add to Compare

Use the Force to Bring Yoda’s Wisdom into Your Collection!

Star Wars™ has captured the imaginations of several generations with everything from its simple portrayal of good versus evil that turns into grey areas as characters go from one to the other to its stunning special effects. One of the most famous lines from the entire series, “Use the force,” emblazoned itself on the minds of viewers young and old, especially those dreaming of the impossible. Yoda™ used the line in the scene as he trained young Luke Skywalker™ to do what he thought was impossible – raise a plane out of a swamp. Sometimes jokingly but more often seriously, dreamers and doers in all walks of life use the phrase as inspiration for their own goals and dreams. This stunning coin can buttress that inspiration, as it features the very scene in which those powerful words were uttered.

Yoda’s sage advice to ‘use the force’ often gets equated with things like the Law of Attraction, total commitment, and the removal of self-doubt. It underscores the true power of will that drives so many of the world’s achievers, whether they are looking to change the world or just their lives. That inspirational undertone broadens this coin’s appeal even more than the draw of the Star Wars theme generally, which makes this coin’s mintage of just 10,000 pieces seem all the more limited. Order yours from GovMint.com today because even the force won’t make more available!