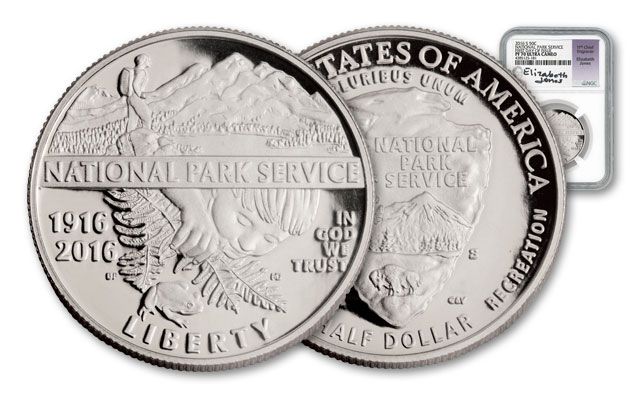 Availability: In Stock
This item will ship within 2 business days.
Item #
288088
Add to Wish List Add to Wish List Wishlist is for registered customers. Please login or create an account to continue. Add to Compare
Recommended Products
Product Description

Each coin is also designated as a First Day of Issue. Coins are eligible for First Day Issue designation when the invoice date is the same as the day the coins were released. Collectors seek out FDI coins for two main reasons: they are considered fresh, well-struck coins that were produced with new dies, and also because the population of FDI coins is a very small fraction of the total mintage of any coin. The First Day of Issue for the National Park Service Commemoratives was March 24, 2016. This is the first time we have ever done FDI with a commemorative series.