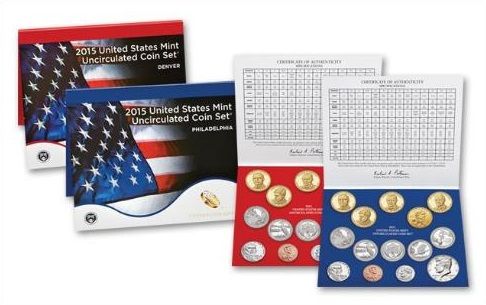 Availability: Out of Stock
This item is currently Out of Stock. Please sign up to be notified if this product becomes available.
Item #
287142
Add to Wish List Add to Wish List Wishlist is for registered customers. Please login or create an account to continue. Add to Compare

This is the first time release of 2016 U.S. Mint Sets. U.S. Mint Sets have been one o the most popular annual coin issues struck by the U.S. Mint for over half a century.

A 2016 U.S. Mint set featuring 13 coins from the Philadelphia and 13 coins from the Denver mint – for a total of 26 coins.  This Mint set features America the Beautiful quarter designs for Shawnee National Forest in Illinois, Cumberland Gap National Historic Park in Kentucky, Harpers Ferry National Historical Park in West Virginia, Theodore Roosevelt National Park in North Dakota, and Fort Moultrie at Fort Sumter National Monument in South Carolina. In addition, presidential dollars: Nixon, Ford, and Reagan. Also included are the Lincoln Cent, Jefferson Nickel, Roosevelt Dime, Kennedy Half-Dollar and Native American Dollar – all dated 2016.  Each set will be housed in official U.S. Mint packaging and include an official Certificate of Authenticity from the U.S. Mint.

The three Presidential dollars in the 2016 US Mint Set includes:

Get yours as they are released, order now!