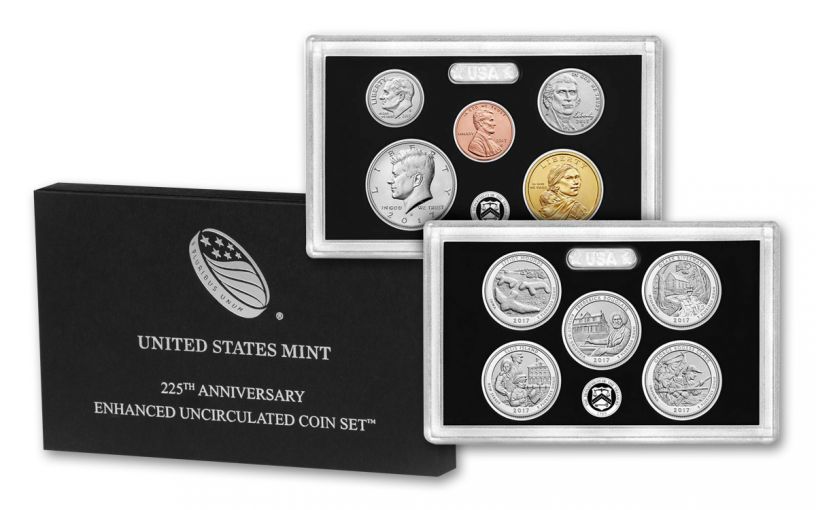 Availability: In Stock
Discontinued Product
Item #
313159
Review this product
Add to Wish List Add to Wish List Wishlist is for registered customers. Please login or create an account to continue. Add to Compare
Complete your collection with one of these:
Product Description

You've Never Seen a Set Like This -- and Who Knows When You Will Again?

It doesn't matter if you've never missed a mint set or you're just getting started on your first year -- no U.S. Mint collection is complete without this 2017 225th Anniversary Enhanced Uncirculated Coin Set! Don't wait until these coins become history -- add it to your cart today!