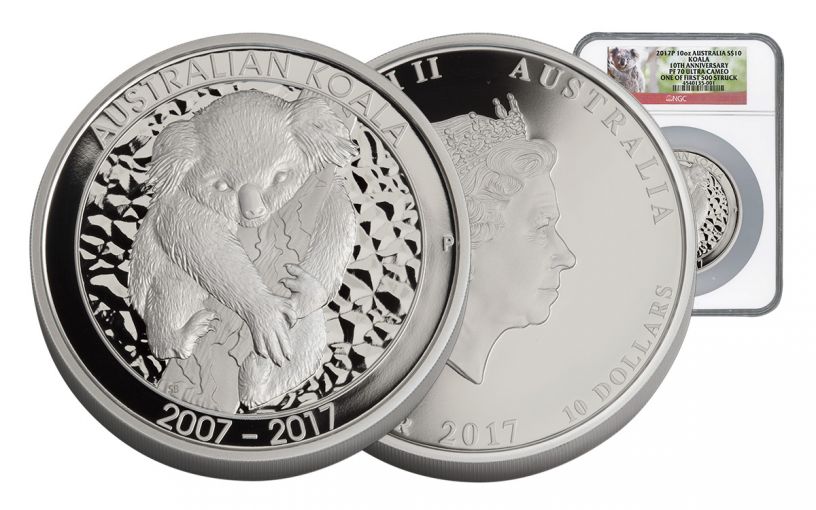 Availability: Out of Stock
This item is currently Out of Stock. Please sign up to be notified if this product becomes available.
Item #
308890
Add to Wish List Add to Wish List Wishlist is for registered customers. Please login or create an account to continue. Add to Compare

In 2007, the first Silver Koala appeared on the market thanks to the artists at Australia’s world-famous Perth Mint. 10 years later, the series is alive and well, and they’re celebrating with this 10-Ounce 99.9% Silver Koala Proof. A one-year-only issue, each coin comes certified by Numismatic Guaranty Corporation (NGC) as being in perfect Proof-70 Ultra Cameo (PF70 UC) condition, as well as a highly sought-after One of First Struck within its mintage.

If the design seems familiar, you’re not crazy -- even though Silver Koalas tend to have one-year-only designs, this special 10th anniversary release features the same design as the first-year 2007 issue, along with dual dates of 2007 and 2017. There’s one massive exception, though -- this legal-tender coin has been struck to ten times the weight of the original! Join the party and get yours today!