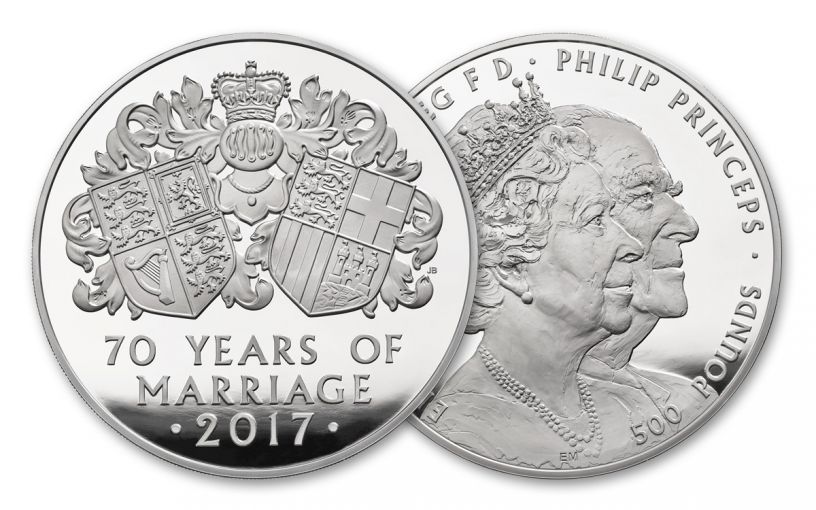 Availability: Out of Stock
This item is currently Out of Stock. Please sign up to be notified if this product becomes available.
Item #
314571
Add to Wish List Add to Wish List Wishlist is for registered customers. Please login or create an account to continue. Add to Compare

"My husband has, quite simply, been my strength and stay all these years, and I owe him a debt greater than he would ever claim." - Her Majesty Queen Elizabeth II, 1997

It was 1939 when, during a visit to the Royal Naval College in Dartmouth, a young Princess Elizabeth caught the eye of handsome student Philip, the son of Prince Andrew of Greece and Denmark. Smitten with each other from the very beginning, their love grew under the dark shadow of World War II. While Philip was at sea with the Royal Navy, their affection and yearning for each other gave them strength as Great Britain fought towards victory. Reunited with Elizabeth after the war, Philip soon became a British subject, took the last name of Mountbatten and deserted his royal titles -- all for the woman he would ask to marry.

After a short summer engagement, the two were wedded in Westminster Abbey on November 20th, 1947. 2,000 guests were present with 200 million more in attendance via worldwide radio broadcast. Just a little over four years later, the Princess became the Queen and Philip would leave the navy to be her loyal royal consort. 70 years since their wedding day, having visited more than 120 countries and serving as parents, grandparents and great-grandparents to a new royal generation, both Queen Elizabeth II and Prince Philip are still together in good health and devoted love. Now, you can bring home a celebration of this first platinum royal wedding anniversary in British history with a stunning silver proof from the Royal Mint!

The reign of Queen Elizabeth II has experienced historic change, growth and progress -- not to mention unprecedented longevity! As each unique anniversary arrives, more and more people around the globe look to add official Royal Mint coins like these to their collections. For this first, and for many of our lifetimes, probably only British royal platinum wedding anniversary in history, we're expecting significant demand for these reverent commemoratives. Don't wait for another 70 years -- get your silver proof today!