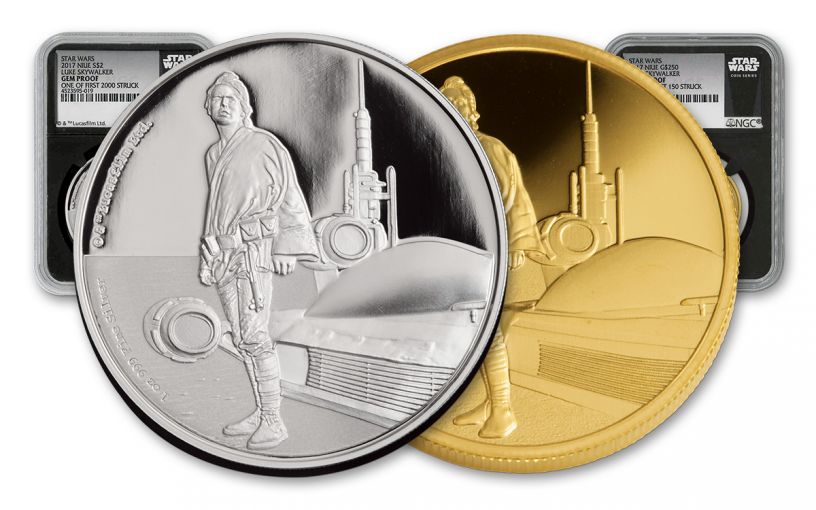 Availability: Out of Stock
This item is currently Out of Stock. Please sign up to be notified if this product becomes available.
Item #
303524
Add to Wish List Add to Wish List Wishlist is for registered customers. Please login or create an account to continue. Add to Compare

Return to the Time of the Last Jedi!

A long time ago in a galaxy far, far away, a Jedi named Luke Skywalker™ was the last of his kind. The main hero of the original Star Wars trilogy, he went on a hero’s journey that would reveal to him the power of The Force, the truth about his parents and the sister he never knew he had. By the end of the original trilogy, he had become a true Jedi Knight and the hero of the Rebel Alliance.

30 years later, the character returned with a dramatic cameo in Star Wars: The Force Awakens. Fan reaction was overwhelming, with thousands around the world wondering if the light saber-wielding Jedi will finally make his return in future installments of the legendary Star Wars film franchise.

Struck in 99.99% pure gold and 99.9% fine silver, these two one-ounce proofs represent the 10th legal-tender release in the New Zealand Mint’s Star Wars 2016-2017 Coin Series. Officially approved by Lucasfilm Ltd., they feature Luke as he appeared in Star Wars: A New Hope, standing next to his landspeeder on the desert planet of Tatooine.

Now that audiences are finally getting to see what happens in the aftermath of the original trilogy, demand for all things Star Wars has exploded. Don’t miss out on this opportunity to add each of these legal-tender Luke Skywalker Proofs to your collection as a fantastic 2-coin set, both certified in Gem Proof condition by Numismatic Guaranty Corporation (NGC) and certified as One of First Struck!