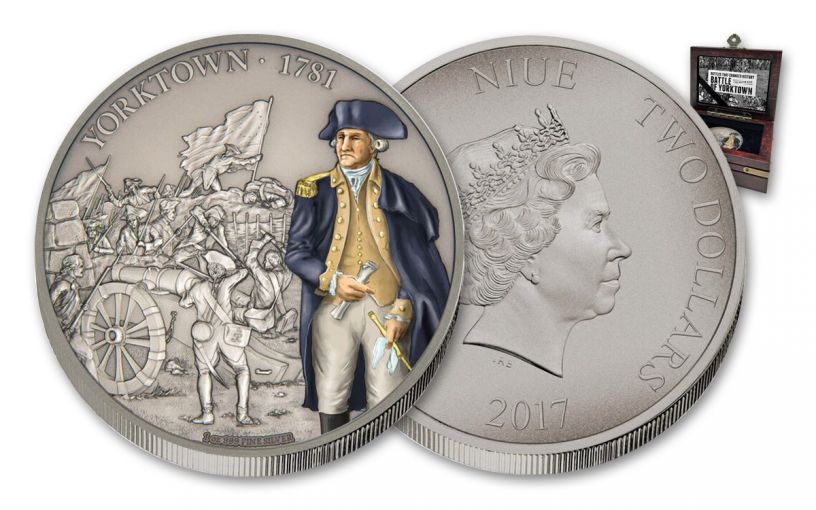 Availability: Out of Stock
This item is currently Out of Stock. Please sign up to be notified if this product becomes available.
Item #
312820
Add to Wish List Add to Wish List Wishlist is for registered customers. Please login or create an account to continue. Add to Compare

American history enthusiasts will love this 2017 antique coin that pays homage to the American victory in the Battle of Yorktown in 1781, in which then-General George Washington led the American Continental Army to victory over Lt. General Charles Cornwallis and the British Army in the last major land battle of the Revolutionary War. Celebrate this historic victory with this two dollar, 1-oz silver antique coin. The obverse depicts Queen Elizabeth II and states the 2017 mint date and two-dollar denomination. The reverse of the coin shows a beautiful colored image of George Washington against a background featuring his army in battle.