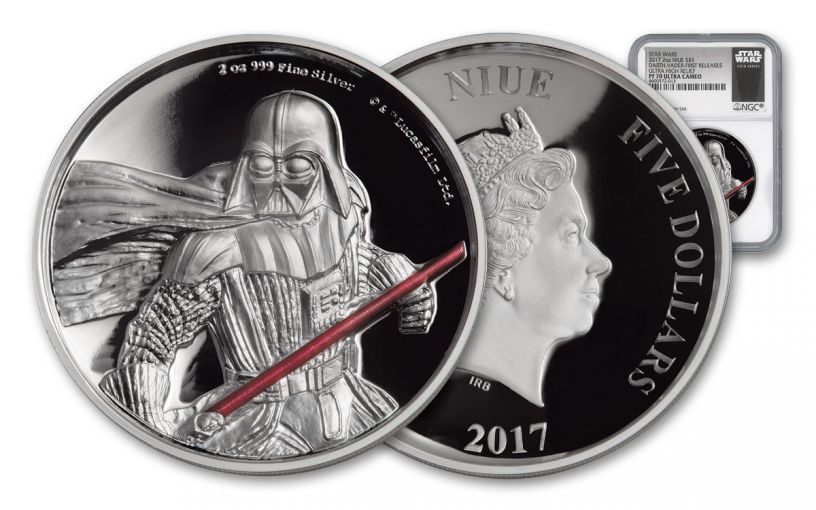 Availability: Out of Stock
This item is currently Out of Stock. Please sign up to be notified if this product becomes available.
Item #
315918
Add to Wish List Add to Wish List Wishlist is for registered customers. Please login or create an account to continue. Add to Compare

No silver screen foe, worldly or otherworldly, has captured imaginations (and even devoted fans) like the Sith Lord Darth Vader. Often imitated but never duplicated, this embodiment of the Force's dark side loomed large over the original Star Wars™ trilogy. Originally portrayed as an agent of pure malevolent evil, Vader's back story was slowly revealed over the course of three films -- ultimately revealing his true self in one final compassionate act.

Years later, audiences around the world witnessed Vader's origin story -- how the young Jedi prodigy Anakin Skywalker gave himself to the dark side in order to protect his wife. However, his choice would force him to battle his mentor Obi Wan-Kenobi -- a fight that would result in Skywalker's disfigurement and transformation into the hooded Darth Vader. All told, Vader is one of the most complex and tragic characters ever committed to film, and his legacy still casts its shadow over the Star Wars universe as it continues to expand. Now, Darth Vader is reborn in this gorgeous two-ounce silver proof from the New Zealand Mint, struck in incredible ultra high relief!

The New Zealand Mint has been issuing amazing Star Wars proofs over the past several years, many becoming fast favorites among collectors. These stellar ultra high relief proofs are already following suit and moving fast. Whether you're looking to grow your collection or score this fan favorite on its own, don't wait before this opportunity disappears as well -- secure your own 2017 Two-Ounce Silver Star Wars Darth Vader Ultra High Relief Proof now!