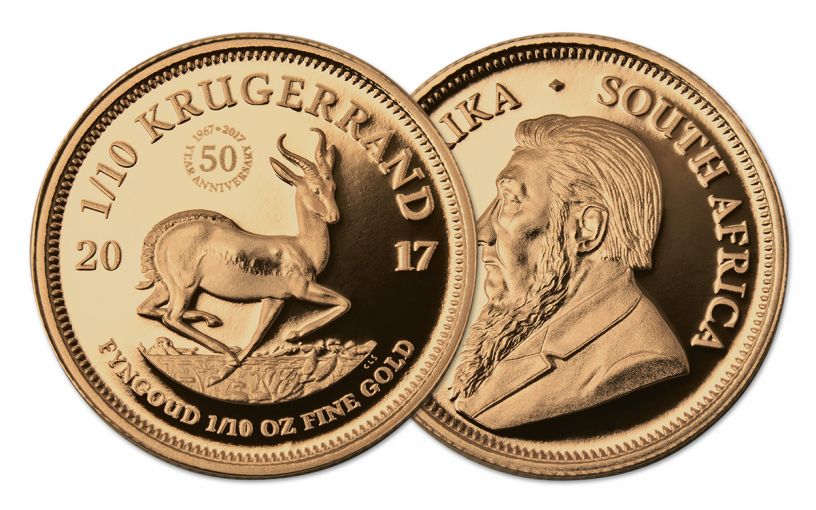 Availability: In Stock
This item will ship within 2 business days.
Item #
302631
Review this product
CC Payments as low as
$164.50 / month
Add to Wish List Add to Wish List Wishlist is for registered customers. Please login or create an account to continue. Add to Compare
Product Description

Using specially prepared and polished dies, the artists at the South African Mint struck each coin multiple times, resulting in frosty designs that hover over shimmering fields for a level of detail and eye appeal not found in typical circulating coinage. Plus, all of these fantastic proofs have been struck with a very special mint mark celebrating the Krugerrand's 50th anniversary!

Each gleaming 1/10-oz gold proof comes with an officially numbered mint certificate of authenticity and mint authorized packaging. To get this historic 50th anniversary year proof, you'll need to act fast -- only 15,000 will be minted. Order yours today!