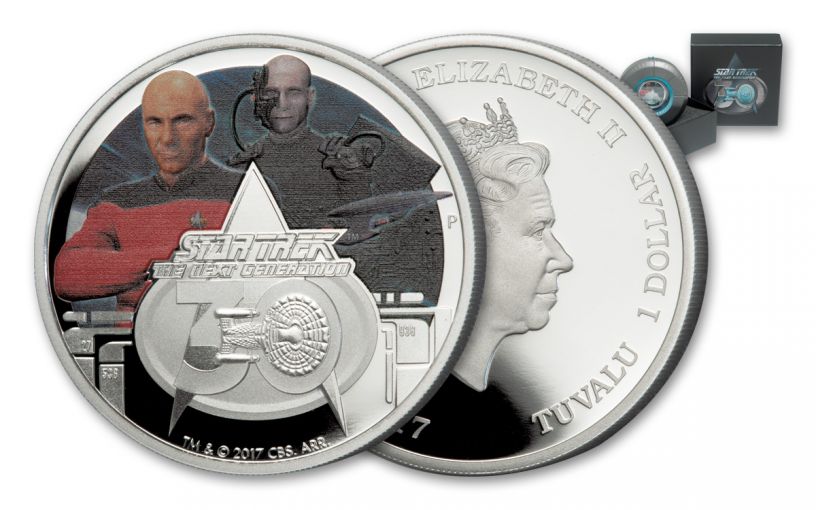 Availability: Out of Stock
This item is currently Out of Stock. Please sign up to be notified if this product becomes available.
Item #
315900
Add to Wish List Add to Wish List Wishlist is for registered customers. Please login or create an account to continue. Add to Compare

Start Your Journey into the Final Frontier!

For more than half a century, the Star Trek series has regaled fans young and old by capturing their imaginations about outer space while also creating countless intriguing storylines. While students of science no doubt have picked out various challenges with that aspect of the show, there have also been elements of the show that had not been realized at the time but are now science fact… or, in other cases, now theoretically possible, while they were not thought to be so at the time. It is this unique combination that has contributed to the continued success of the series though new TV series, movies, paraphernalia, and so much more. This coin gives you the opportunity to share in an important anniversary of one of the best-known series within a series.

This coin features two of the most recognizable figures from this highly-acclaimed series, Captain Jean-Luc Picard and Locutus of Borg, as well as their crafts, the U.S.S. Enterprise NCC-1701-D and the Borg Cube, respectively. The series logo and the big “30” in the center are enough to bring smiles to the eyes of any Trekkie. Enhanced by the LED light in the display case, the coin offers something unique even for non-fans. With a mintage of just 3,000 pieces, this will not be around long. Place your order at GovMint.com today!