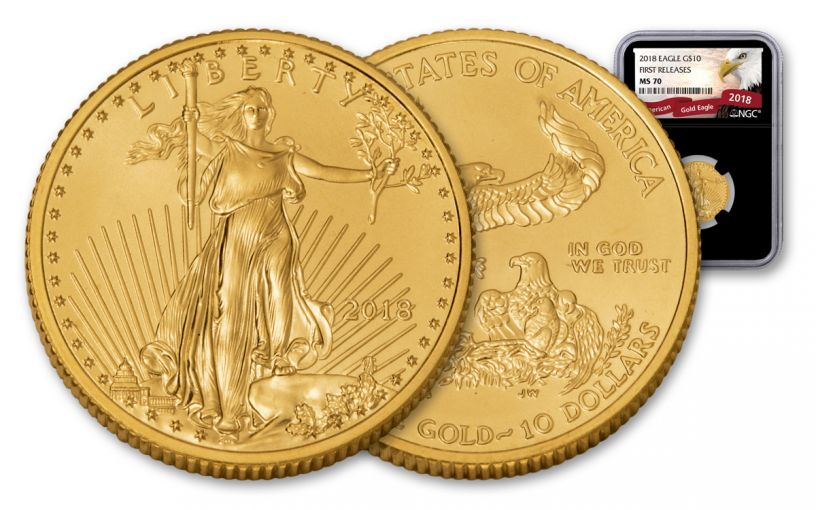 Availability: Out of Stock
This item is currently Out of Stock. Please sign up to be notified if this product becomes available.
Item #
316175
Add to Wish List Add to Wish List Wishlist is for registered customers. Please login or create an account to continue. Add to Compare

Own the Most Beautiful Design in Numismatic History!

By the 1980’s, the world had abandoned the gold standard, but the appeal of precious metals especially among collectors remained strong. The United States decided to join several other nations that were already issuing bullion coins and named the series after the national bird, the eagle. When it came time to choose a design that symbolized the nation, they chose the historic Augustus Saint-Gaudens double eagle design. Inspirational and aspirational, the design has remained on the obverse throughout the series as a beacon of hope for those who wish to live in freedom and peace. The coin continues to be issued every year and is consistently among the most popular annual issues among collectors.

While all annual bullion and semi-numismatic issues in some way represent their countries, the Gold Eagle in many ways represents so much more. Liberty stands with her torch, which provides a light and a beacon for those yearning for freedom throughout the world, much like she does in New York Harbor next to Ellis Island, the entry point of millions of immigrants. She also holds an olive branch, which expresses another universal human desire, a desire for peace. As such, the Gold Eagle can be said not only to be America’s gold bullion coin but also the world’s. While the desires that the coin celebrates may be universal, not everyone will be able to get this stunning coin, so order yours today!