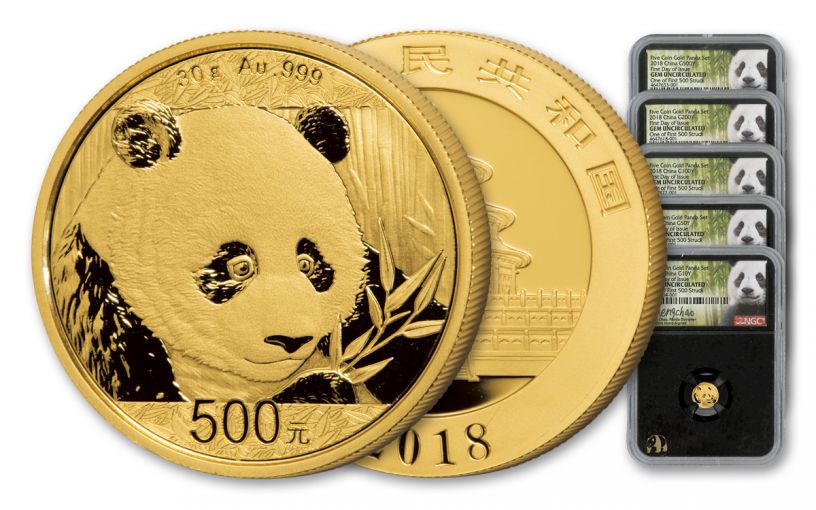 Availability: Call-In Only
This item is only available on a Call-In basis. Please call 1-800-510-6468 to speak to a representative.
Item #
319777
Add to Wish List Add to Wish List Wishlist is for registered customers. Please login or create an account to continue. Add to Compare

The Gold Panda has served as a celebration of China and the iconic animal that is so closely associated with the country. Since then, it has been one of the most anticipated releases every year. One of the main reasons for that is that its design changes every year, which is different from most other bullion coins, such as the Silver Eagle and Canadian Maple Leaf. In 2001, the Chinese decided to freeze the design, so the design was repeated on the 2002 issue. The outcry from collectors was so great, though, that they reversed course and resumed the tradition of having a new design every year, a tradition that continues to this day.

The Gold Panda is an extremely popular coin among collectors thanks in large part to the fact that its design changes every year. The beautiful images and high-quality minting only add to their appeal. Mix in the fact that Chinese Pandas are currently the only bullion coins issued in grams rather than ounces and it is hard to see a modern collection as complete without them. This Prestige Gold Panda Set is particularly attractive since it comes in beautiful packaging and is part of an exclusive group to be certified as First Day of Issue. These sets won’t last long, though, so order yours now at GovMint.com!