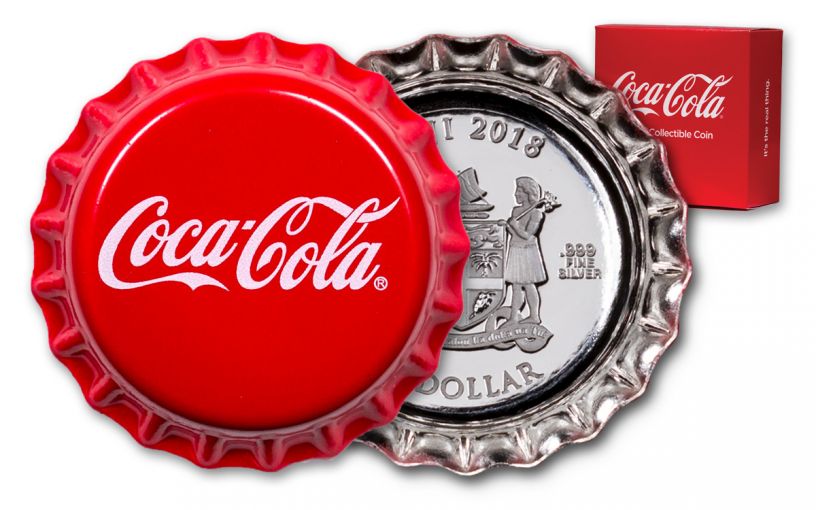 Availability: Out of Stock
This item is currently Out of Stock. Please sign up to be notified if this product becomes available.
Item #
316618
Add to Wish List Add to Wish List Wishlist is for registered customers. Please login or create an account to continue. Add to Compare
Related Articles
Product Description

When you see it, you instantly know it -- the radiant red background, the curiously cursive typeface and the curvaceous contour bottle. No matter where you are in the world or what language you speak, it all means cold liquid refreshment is on the way! Born in the 19th century, popularized in the 20th century and cemented as a global phenomenon in the 21st century, Coca-Cola is the quintessential American drink of choice. Reading this, you're probably thinking of this delicious mix of fizz and flavor right now!

More than just a soft drink, Coca-Cola (or Coke, if you prefer) is a part of everyday life and American culture. Unforgettable ads from the past are still found on the sides of buildings and hanging in general stores. Whether they wanted you to "buy the world a Coke" or "have a Coke and smile" or "catch the wave" because "Coke is it!," decades of unique commercials with catchy jingles still echo today. (They're "Always Coca-Cola," after all!) It was only a matter of time before this unforgettable icon was minted into silver as a legal tender coin. And now, you can bring home this 99.9% pure silver Coca-Cola proof, minted into an iconic shape!

If you're a Coca-Cola fanatic, a devotee of unique coins or just want a spectacular gift for the carbonation connoisseur in your life, this unique bottle cap proof is one not to miss! Just don't wait -- with millions of Coca-Cola fans around the world, we're not expecting these proofs to last long in our vaults. Pop one in your cart now!