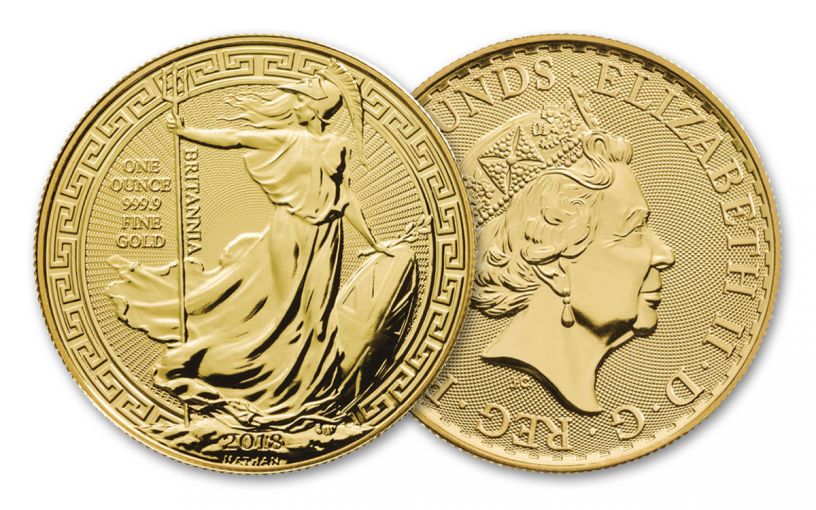 Availability: Out of Stock
This item is currently Out of Stock. Please sign up to be notified if this product becomes available.
Item #
320675
Add to Wish List Add to Wish List Wishlist is for registered customers. Please login or create an account to continue. Add to Compare
Product Description

Starting the moment she appeared on the first British Trade Dollars in 1895, the regal and assertive Britannia became a familiar sight for merchants in China and throughout Asia. From the 90% fine silver dollars of the 19th century to the highly pure bullion of the 21st century, the heritage of trade between these two corners of the world continues -- with Britannia's flowing robe, outstretched trident and Union Jack shield still featured on British gold coins exchanged today.

Now, to commemorate both the symbolic history of Britannia in Asian commerce as well as the vital role her namesake coin serves there today, the United Kingdom's Royal Mint is introducing a brand new Britannia Bullion Coin for 2018, featuring a gorgeous border inspired by the artistic patterns of East Asia!

Britannia bullion coins have been a massive hit with Britons for decades and are steadily increasing in popularity among collectors in Asia -- that's in addition to their already legendary status with stateside goldbugs and Anglophiles! Whether you're already a fan or know someone who is, this brand new take on an iconic coin is one that no Britannia collection should be without. Don't give yourself the slightest chance for disappointment -- bring home this phenomenal Gold Britannia Oriental Border Bullion Coin today!