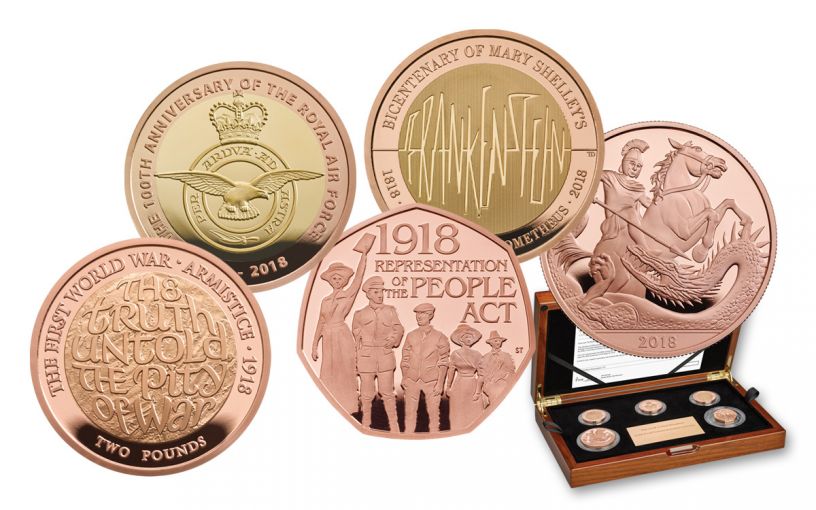 Availability: Out of Stock
This item is currently Out of Stock. Please sign up to be notified if this product becomes available.
Item #
319720
Add to Wish List Add to Wish List Wishlist is for registered customers. Please login or create an account to continue. Add to Compare

Each year, the British Royal Mint celebrates key dates, events, and individuals that are related to British history with the release of an annual set of proof coins. Perhaps the most significant piece included in this five-coin 2018 Annual Gold Proof Set is one that marks the hundredth anniversary of the armistice that ended the First World War. Another piece honors the hundredth anniversary of the Royal Air Force (RAF).

The other three coins are celebrations of a brighter nature. While the First World War and the RAF coins deal with war, another coin celebrates life, marking the fifth birthday of Prince George of Cambridge. Combining the themes of both life and death, another marks the 200th anniversary of Mary Shelley’s novel Frankenstein. The final piece marks 100 years since the adoption of the Representation of the People Act, which granted voting rights to servicemen over 19, all men over 21, and women over 30. Secure your set today!