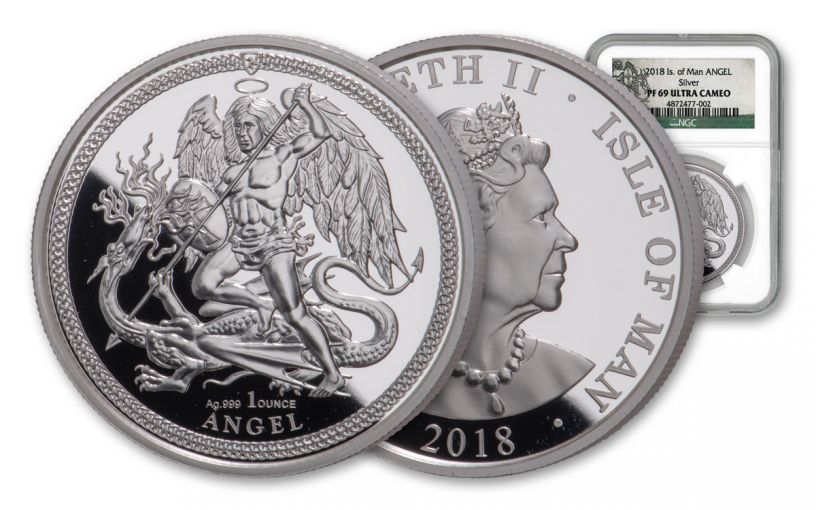 Availability: Out of Stock
This item is currently Out of Stock. Please sign up to be notified if this product becomes available.
Item #
343800
Add to Wish List Add to Wish List Wishlist is for registered customers. Please login or create an account to continue. Add to Compare

Simply put, these silver angels are marvelous. Each comes graded by the Numismatic Guaranty Corporation (NGC) as being in near-perfect Proof-69 Ultra Cameo (PF69UC) condition, a distinction that means your almost-flawless coin will showcase an impressive full strike and indistinguishable imperfections – well above and beyond the quality of the vast majority of coins in the series. In addition, each will be sonically sealed in an acrylic holder with an exclusive angel label.

With a denomination of One Angel, each coin is a legal-tender bullion coin minted in a troy ounce of highly-pure 99.9% silver. The impressive design on the 2018 Silver Angel shows a winged Saint Michael the Archangel slaying a dragon with his mighty spear – the iconic image on all Angel coins symbolic of Good triumphing over Evil.