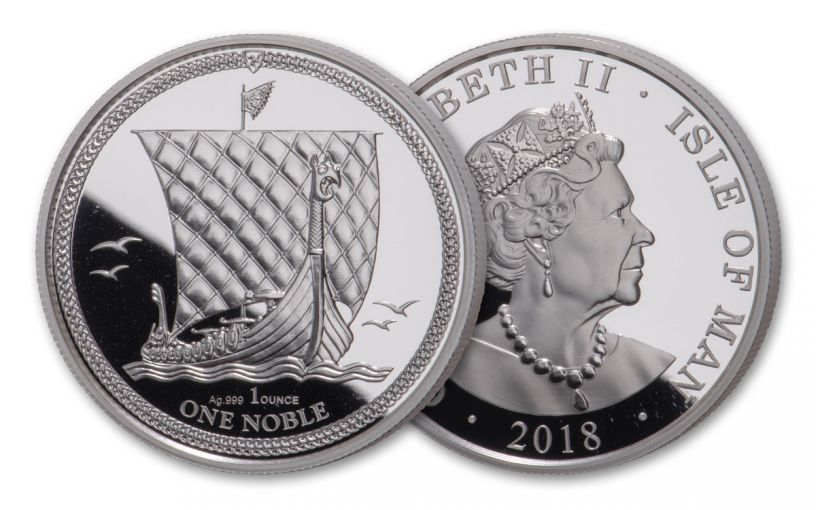 Availability: In Stock
This item will ship within 2 business days.
Item #
342247
Add to Wish List Add to Wish List Wishlist is for registered customers. Please login or create an account to continue. Add to Compare

With a denomination of One Noble, these legal-tender bullion coins are impressive. Plus, your 2018 Isle of Man One-Ounce Silver Noble comes in gleaming Proof condition, meaning it was expertly crafted by the mint from hand-selected planchets, polished dies and multiple strikes to produce beautifully frosted details rising over mirror-like fields.

These fabulous coins were struck by the prestigious Tower Mint, one of the United Kingdom’s leading private mints and last remaining mint in London. Founded in 1976 by acclaimed sculptor Raphael Maklouf, who is famous for his effigy of Queen Elizabeth II that featured on many British Commonwealth coins from 1985-1997, the Tower Mint is the official striking mint for all of the Isle of Man’s circulating and commemorative coins.