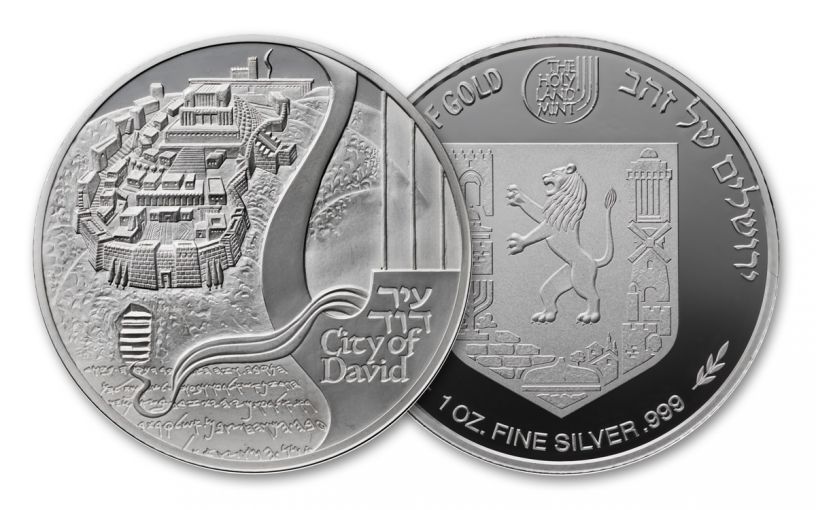 Availability: Out of Stock
This item is currently Out of Stock. Please sign up to be notified if this product becomes available.
Item #
344378

Behold the City of David

About 3,000 years ago, David captured Jerusalem from the Jebusites and made it his capital. His son, King Solomon, built the holy Temple on Mount Moriah. The City of Jerusalem as we know it today was built on the site of this former City of David, but thanks to this fourth addition to the “Views of Jerusalem” series, you can now experience the City of David in the time of King Solomon, carefully crafted from actual archaeological findings. Struck by Israel’s Holy Land Mint in one ounce of 99.9% fine silver, each silver dollar-sized piece measures 38.7 mm in diameter and features both English and Hebrew text.

Students of history, silver stackers and religious followers – both Christian and Jewish – will all be queuing up to get their hands on this exceptional silver release. But with an extremely low limited edition of just 3,600 pieces available for the entire world, the time to act is now before these medals disappear just like the city’s population did during the Babylonian Captivity!

Travel back to a time when King Solomon dispensed justice to the Israelites with this 2018 Israel City of David One-Ounce Silver Medal. Show how wise you are and add it your collection today!