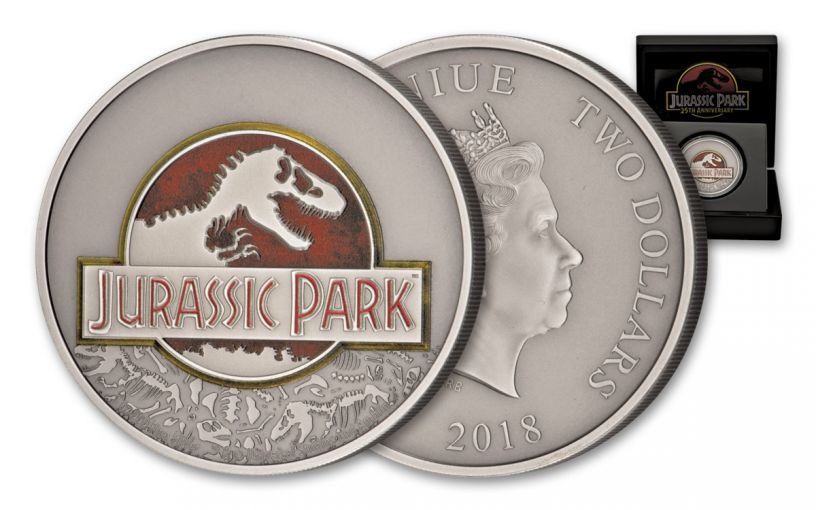 Availability: Out of Stock
This item is currently Out of Stock. Please sign up to be notified if this product becomes available.
Item #
331462
Add to Wish List Add to Wish List Wishlist is for registered customers. Please login or create an account to continue. Add to Compare
Product Description

Celebrate One of the Most Popular Films in History

Three of the greatest artistic minds of the late 20th century – Michael Crichton, Steven Spielberg, and John Williams – came together to create a movie that captivated audiences throughout the world. Crichton published his novel in 1990, capturing the imaginations of readers while also challenging them with questions about philosophy and bioethics in a way that few novels do. Steven Spielberg, considered by many to be the greatest director of all time, bought the rights and ran with the story, adapting it for the silver screen while bringing together a team that brought dinosaurs to life. One of the members of his team, John Williams, wrote an exceptional score that emotionally engaged audiences in the picture like only he can. In fact, his score was nominated for a Grammy Award. Now, this 2018 Niue 1-oz Silver Jurassic Park 25th Anniversary celebrates an important anniversary for a film that entertained, inspired, frightened, and challenged millions throughout the world.

Few movies in history have drawn such wide appeal as Jurassic Park. The special effects and cinematography engaged kids of all ages, while the ethical questions about man’s relationship with nature, discovery, self-sacrifice, survival, and more force audiences to consider what they would do – or what they have done – in related situations. The dynamic and changing relationships among the characters, particularly with Dr. Alan Grant (Sam Neill) stepping up to care for Lex and Tim Murphy (Ariana Richards and Joseph Mazzello), make for a compelling human storyline. Share in this important anniversary of one of Hollywood’s greatest movies by ordering your 2018 Niue 1-oz Silver Jurassic Park 25th Anniversary coin before our supply goes the way of the dinosaurs!