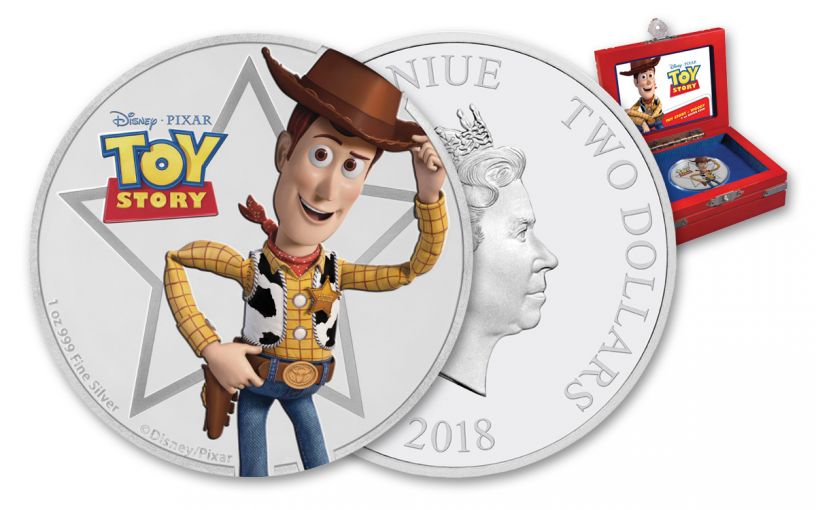 Availability: Out of Stock
This item is currently Out of Stock. Please sign up to be notified if this product becomes available.
Item #
319786
Add to Wish List Add to Wish List Wishlist is for registered customers. Please login or create an account to continue. Add to Compare

Celebrating One of the Most Iconic Characters in Recent Disney History!

Walt Disney used to remind everyone that “It all started with a mouse” when describing what became the world’s leading entertainment empire. Disney movies have captured the imaginations of fans of all ages for decades. Even for those who cast aside the cartoons as childish, many are inspired by Walt’s perseverance in the wake of being told that he had no talent and facing rejection after rejection. His characters and those that have stemmed from his company are now parts of American culture that are as familiar as Coca-Cola and apple pie.

With such a history and tremendous stature, it is sometimes difficult for new characters to join the likes of Mickey Mouse and Donald Duck, who have been around much longer than those in newer movies. Woody, though, is among those who captured the hearts of viewers young and old. His role in Toy Story made him one of the most beloved characters in Disney’s great history. This coin, which shows him smiling at and tipping his hat toward the holder, is sure to make collectors smile just as they did when they were first introduced to him. In fact, no Disney-themed collection is complete without this piece.

Disney has been entertaining viewers of all ages for decades, and in that time few characters have become as universally loved as Toy Story’s Woody. While most collectors will have seen the film, even those who have not can’t help but smile as they look at the happy character smiling and tipping his hat to them. The sheriff is known for his loyalty and bright outlook. Beat other collectors to the draw by ordering this 2018 Niue Silver Disney Toy Story Woody at GovMint.com today!