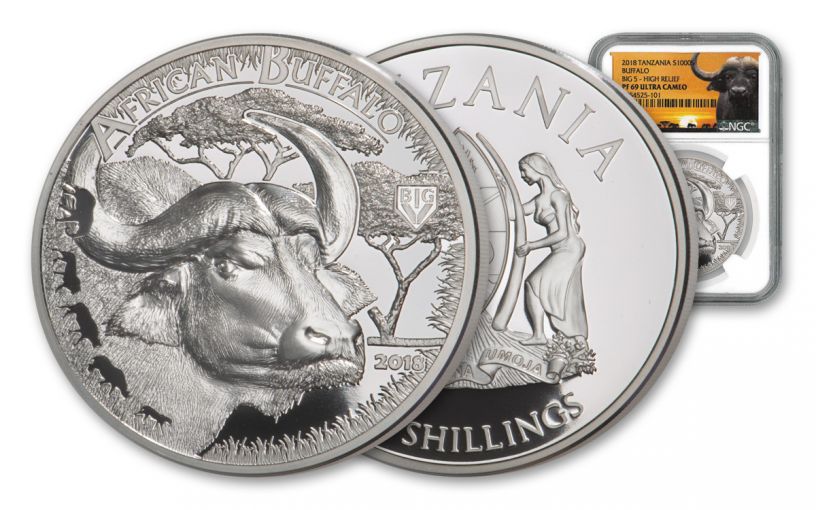 Availability: In Stock
This item will ship within 2 business days.
Item #
338489
Add to Wish List Add to Wish List Wishlist is for registered customers. Please login or create an account to continue. Add to Compare

The Safest Way to Bring Home One of the "Big Five"!

If you're on safari in Tanzania's Serengeti National Park, your eyes (and camera lens) will be trained to look for the fabled "Big Five." Originating in the 19th century, this classification designated the lion, elephant, buffalo, rhino and leopard as the most dangerous and fearsome animals on the African plains. This “Who’s Who” of exotic animals was used by big-game trophy hunters to describe the most difficult and dangerous African animals to track.

Today, that same list is used to describe majestic animals that, while still elusive and unpredictable, are becoming increasingly (and alarmingly) endangered – as well as a short checklist of "must capture" animals for wildlife photographers. It’s also the basis for Tanzania’s incredibly popular “Big Five” series of coins. In 2018, the buffalo joins previous releases of the lion, elephant, rhino and leopard to complete the series.

Struck in one ounce of highly pure 99.9% silver, this legal-tender coin is a gleaming example of coin artistry. It features an incredibly detailed high relief design of a massive Cape Buffalo taking a break from grazing to look you right in the eye as if to determine if you are friend or foe. While few people know it, Tanzania’s Cape Buffalo is even more dangerous to hunt than the hippopotamus. And, while this bovine creature may look docile, it is anything but! The bullet-proof horns that sit upon its head like a matador’s Montera Hat give the buffalo an incredibly dangerous weapon when provoked. Even lions, the buffalo’s main predator, exercise extreme caution and cunning when hunting buffalos lest they end up gored and severely injured.

But now, you don't have to risk ending up on the wrong end of the buffalo’s thick curved horns – you can bring this buffalo home today with this 2018 Tanzania One-Ounce Silver Big Five Buffalo Proof! Your proof will come graded by the Numismatic Guaranty Corporation (NGC) as being in near-perfect Proof-69 Ultra Cameo (PF69 UC) condition, a distinction that means your almost-flawless coin will showcase an impressive full strike and indistinguishable imperfections – well above and beyond the quality of the vast majority of coins in the series.

Coin series like Tanzania's "Big Five" and the "Natura" from South Africa have been attracting fans for years, making them among the most popular in the world. Each release brings new collectors into the fold, and there's no doubt that these buffalos will win over more than a few hearts! Don't miss out on making this your very own – order your 2018 Tanzania One-Ounce Silver Big Five Buffalo Proof today!