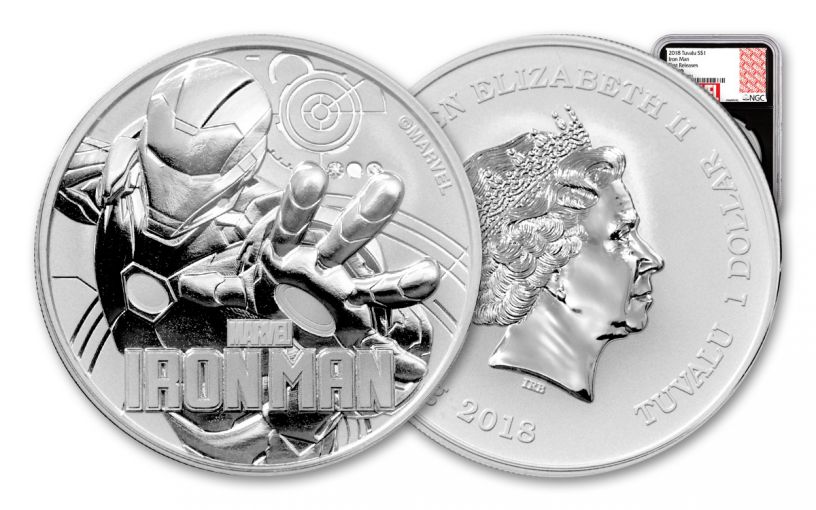 Availability: Out of Stock
This item is currently Out of Stock. Please sign up to be notified if this product becomes available.
Item #
334366
Add to Wish List Add to Wish List Wishlist is for registered customers. Please login or create an account to continue. Add to Compare
Product Description

The Power of Iron Man – Captured in Precious Metal!

Billionaire industrialist, playboy, genius scientist, inventor – Tony Stark is all of those things. But for millions of comic book fans around the world, he is known as Iron Man. Tony’s alter ego was born out of desperation. Severely injured while being kidnapped, Tony’s captors thought they were forcing him to build a weapon that would make them invincible. Instead, Tony built a suit of armor that he used to save his own life and escape. Thus the Invincible Iron Man was born.

Iron Man made his first appearance for Marvel Comics in 1963 in the pages of “Tales of Suspense.” After several years of sharing the title with other characters, Iron Man received his own book in 1968. Since then he has gone on to even bigger fame as a key member of the Marvel Cinematic Universe, where he is portrayed by actor Robert Downey, Jr. In his latest film saga, April 2018's “Avengers: Infinity War,” Iron Man teams up with Captain America, Thor, the Hulk and the rest of the Avengers to battle Thanos, the Mad Titan who is bent on attaining god-like powers and controlling the universe.

With Iron Man’s latest adventure hitting screens around the world, it's the perfect time to bring you this fourth installment of the Perth Mint's Marvel bullion series, featuring old Shell Head himself!  Each coin in this popular new series is struck in an ounce of pure 99.9% silver. Issued on behalf of the South Pacific island nation of Tuvalu, an independent nation within the British Commonwealth, the coin is legal tender bearing a denomination of $1.

Besides his new film appearance in 2018, this year also marks the 50th anniversary of Marvel’s “Invincible Iron Man” comic book with issue #600 hitting the stands in May. With the film, the comics and this coin all being released at about the same time, you can bet fans around the world will be eager to scoop up these coins. With only 50,000 struck for worldwide release, the time to order your coin is now while you still can!

Collectors couldn't get enough of the previous three Marvel bullion coins from the Perth Mint, and we're expecting Iron Man’s legion of fans to lock these down right away! Whether you're continuing your collection or just starting out, a massive Marvel maniac or a silver stacker looking to bring some action-packed excitement to your bullion, this 2018 Iron Man Bullion Coin is one not to miss – steel your nerves and click some to your cart now!